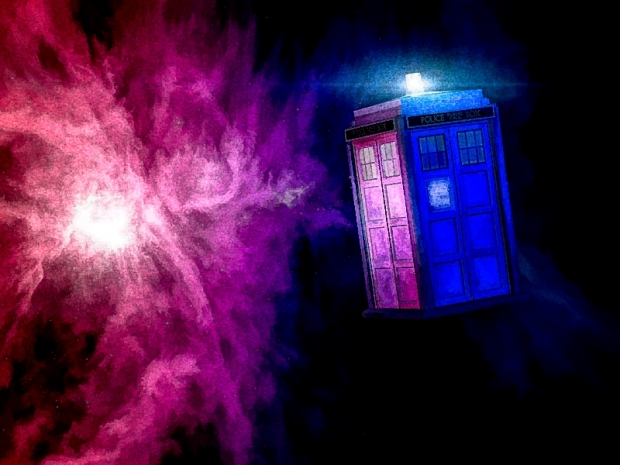 Could bring about new transport methods

Photos and videos are usually produced by capturing photons – the building blocks of light – with digital sensors. For instance, digital cameras consist of millions of pixels that form images by detecting the intensity and colour of the light at every point of space. 3D images can then be generated either by positioning two or more cameras around the subject to photograph it from multiple angles, or by using streams of photons to scan the scene and reconstruct it in three dimensions. Either way, an image is only built if one gathers spatial information of the scene.

In a paper published in the journal Optica, researchers based in the UK, Italy and the Netherlands describe how they have found an entirely new way to make animated 3D images – by capturing temporal information about photons instead of their spatial coordinates.

Their process begins with a simple, inexpensive single-point detector tuned to act as a kind of stopwatch for photons. Unlike cameras, measuring the spatial distribution of colour and intensity, the detector only records how long it takes the photons produced by split-second flash of a pulse of laser light to bounce off each object in any given scene and reach the sensor. The further away an object is, the longer it will take each reflected photon to reach the sensor.

The information about the timings of each photon reflected in the scene – what the researchers call the temporal data - is collected in a very simple graph.

Those graphs are then turned into a 3D image with the help of a sophisticated neural network algorithm. The researchers ‘trained’ the algorithm by showing it thousands of different conventional photos of the team moving and carrying objects around the lab, alongside temporal data captured by the single-point detector at the same time.

Alex Turpin, Lord Kelvin Adam Smith Fellow in Data Science at the University of Glasgow’s School of Computing Science, led the University’s research team together with Prof. Daniele Faccio, with support from colleagues at the Polytechnic University of Milan and Delft University of Technology.

Turpin said: “Cameras in our mobile-phones form an image by using millions of pixels. Creating images with a single pixel alone is impossible if we only consider spatial information, as a single-point detector has none. However, such a detector can still provide valuable information about time. What we’ve managed to do is find a new way to turn one-dimensional data – a simple measurement of time – into a moving image which represents the three dimensions of space in any given scene.

“The most important way that differs from conventional image-making is that our approach is capable of decoupling light altogether from the process. Although much of the paper discusses how we’ve used pulsed laser light to collect the temporal data from our scenes, it also demonstrates how we’ve managed to use radar waves for the same purpose.

“We’re confident that the method can be adapted to any system which is capable of probing a scene with short pulses and precisely measuring the return ‘echo’. This is really just the start of a whole new way of visualising the world using time instead of light.”

Currently, the neural net’s ability to create images is limited to what it has been trained to pick out from the temporal data of scenes created by the researchers. However, with further training and even by using more advanced algorithms, it could learn to visualise a much varied range of scenes, widening its potential applications in real world situations.

Turpin added: “The single-point detectors which collect the temporal data are small, light and inexpensive, which means they could be easily added to existing systems like the cameras in autonomous vehicles to increase the accuracy and speed of their pathfinding.

“Alternatively, they could augment existing sensors in mobile devices like the Google Pixel 4, which already has a simple gesture-recognition system based on radar technology. Future generations of our technology might even be used to monitor the rise and fall of a patient’s chest in hospital to alert staff to changes in their breathing, or to keep track of their movements to ensure their safety in a data-compliant way.

“We’re very excited about the potential of the system we’ve developed, and we’re looking forward to continuing to explore its potential. Our next step is to work on a self-contained, portable system-in-a-box and we’re keen to start examining our options for furthering our research with input from commercial partners.”

The team’s paper, titled ‘Spatial images from temporal data’, is published in Optica. The research was funded by the Royal Academy of Engineering, the Alexander von Humboldt Stiftung, the Engineering and Physical Sciences Research Council (ESPRC) and Amazon.

Last modified on 30 July 2020
Rate this item
(0 votes)
Tagged under
More in this category: « Britishvolt, Pininfarina team up on large-scale battery gigaplant Astronauts prank called using their satellite phone »
back to top