VW fined a billion for cheating on emissions standards 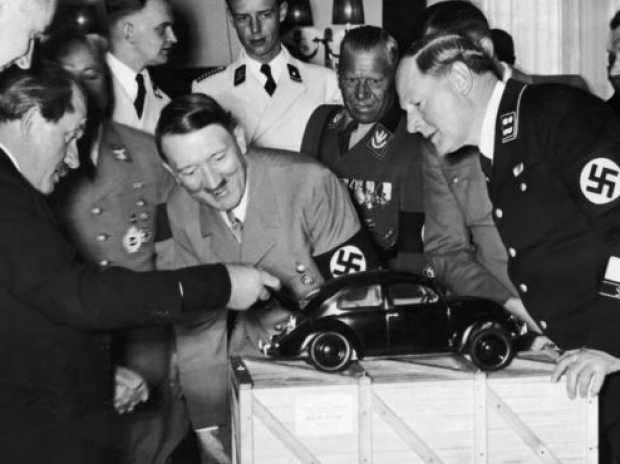 Hitler's favourite car company, Volkswagen, has been fined one billion euro over diesel emission cheating by the German government.

The German fine follows a US plea agreement from January 2017 when VW agreed to pay $4.3 billion to resolve criminal and civil penalties for installing illegal software in diesel engines to cheat US anti-pollution tests.

Cheating the tests meant that VW cars could effectively pump nitrogen oxides into the atmosphere during normal use, and then tone them down when they came to be tested. While it was all jolly clever, nitrogen oxide turns the world into a miserable place for anyone who does not have enough money to buy VW shares.

It reacts with ammonia, moisture, and other compounds to form a nitric acid vapour and related particles. Small particles can penetrate deeply into sensitive lung tissue and damage it and can kill you. If it does not kill you, then you get respiratory diseases, such as emphysema or bronchitis, or may also aggravate existing heart disease.   Then there is the small matter that NOx is turned to ozone by sunlight.  Ozone can cause adverse effects such as damage to lung tissue and reduction in lung function mostly in susceptible populations (children, elderly, asthmatics). Wind currents can transport ozone and cause health impacts far away from the original source.

“Following thorough examination, Volkswagen AG accepted the fine and it will not lodge an appeal against it. Volkswagen AG, by doing so, admits its responsibility for the diesel crisis and considers this as a further major step toward the latter being overcome”, it said in a statement.

Munich prosecutors this week widened an emissions cheating probe into VW’s luxury brand Audi to include Chief Executive Rupert Stadler among the suspects accused of fraud and false advertising.

The prosecutor’s office in Braunschweig imposed the fine against VW on Wednesday for organisational deficiencies which failed to prevent “impermissible software functions” from being installed in 10.7 million cars between 2007 and 2015.

The fine did not address any civil claims or claims by vehicle owners, the prosecutor’s office said in its statement. It does, however, end regulatory offence proceedings against Volkswagen, which the Wolfsburg-based carmaker said would help to settle further administrative proceedings against VW in Europe.

Poetsch, also CEO of VW’s majority stakeholder Porsche SE  is separately being investigated by prosecutors in Stuttgart over the same suspicions.

Wednesday’s fine was not included in the 25.8 billion euro of provisions that VW set aside for the diesel cheating scandal, and would hit earnings, analysts at Evercore ISI said.

Last modified on 14 June 2018
Rate this item
(0 votes)
More in this category: « China puts RFID tags on every car Russians ready to hack your car »
back to top