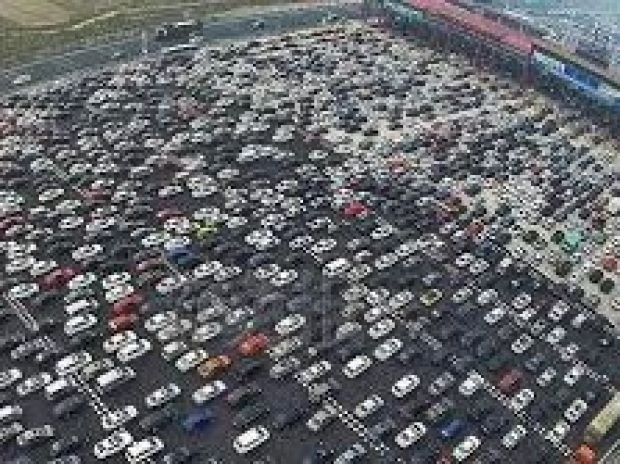 And you thought the UK was bad

The glorious Peoples' Republic of China is building an electronic identification system to track cars nationwide.

Under the plan being rolled out July 1, a radio frequency identification chip for vehicle tracking will be installed on cars when they are registered. Compliance will be voluntary this year but will be made mandatory for new vehicles at the start of 2019, the people said.

The programme is being put in place by China’s Ministry of Public Security, and the ministry’s Traffic Management Research Institute. By installing RFID chips on the windshields of new cars, and reading devices on the side of China’s roads, government officials reportedly hope to be able to study and improve congestion, therefore helping to reduce pollution — a major priority for China’s president Xi Jinping. Of course the government also claims that it will stop terrorism.

The system wouldn’t be able to locate a car at any given moment or location, like with GPS, and it’s unclear how much information the government plans to store on each chip beyond the colour of the car and its licence plate number. Mexico is working on implementing a similar system, and countries like India, South Africa, Brazil, and Dubai use RFID chips for everything from paying for gas, parking, and tolls to issuing tickets and collecting penalties.

But China’s system has a chance to be far larger than any of these due to the size of the country, its population, and in turn, the tens of millions of cars it sells on the new car market.

Combine this with Xi’s penchant for surveillance, and there are inevitable security concerns.

Last modified on 14 June 2018
Rate this item
(0 votes)
Tagged under
More in this category: « Tesla car decided to kill itself VW fined a billion for cheating on emissions standards »
back to top