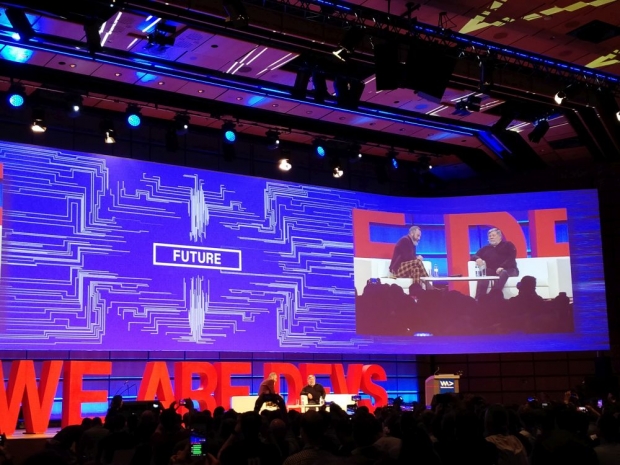 Last week at the We are developers 2018 Vienna conference, Apple co-founder Steve Wozniak had the chance to address 4,000 attendee’s life and almost all of the 8,000 attendees were watching the keynote via a video link overflow. What caught our eye was that Wozniak has a lot of disagreements with Musk.

It was a quite proud moment for me, as the prominent engineer mentioned almost all the key points that I have been preaching for the last two and a half years.

Wozniak pointed out that Tesla has a consistency problem. He is one of the people who had a chance to own a Model S with a Mobile Eye hardware and then swapped it for the one using Nvidia hardware and multiple camera setup.

Woz mentioned that some things that worked really well on the first car didn’t work on the second car and, more importantly, that Elon has given unrealistic predictions about when the features will become available.

Elon has been promising full autonomous self driving since 2016 but this is yet to be launched. Now with all the fuzz about some crashes and fatalities,  governments will start looking a bit deeper into - and  - likely further complicate things.

Tesla won't get to Level 4 soon

Wozniak believes that Tesla currently doesn’t have what it takes to get the car to the Level 4 self-driving and we agree with him. Tesla does have one of the best ADAS (advanced driver-assistance systems ) in the class and definitely more prominent than any other competitor.

Having an ADAS and then getting it to the full Level 4 or level 5 self driving in another thing. Level 4 also called ("mind off") doesn’t even require driver attention for safety. A Level 4 car requires the ability that in case you leave a marked geofenced areas where the car is safe and comfortable to drive to give the control back to the driver, or safely park if drive attention is not detected.

It looks like Tesla is still far from this goal, but Woz did point out that Waymo (Google) and some other players are likely to beat it to the Level 4 self driving goal.

He did praise Elon’s vision that a superchargers network is a great idea as essentially this is one of the big issues of the other car manufacturers, you need fast charging. Woz calls GM Volta the best electric car on the market and said that he owns and drives one.

Woz is someone who follows the technology and is very passionate about the new trends, and of course, self driving is one of them.

Last modified on 21 May 2018
Rate this item
(0 votes)
Tagged under
More in this category: « Rimac confirms no mainstream car Elon Musk confirms new Model 3 options with AWD »
back to top