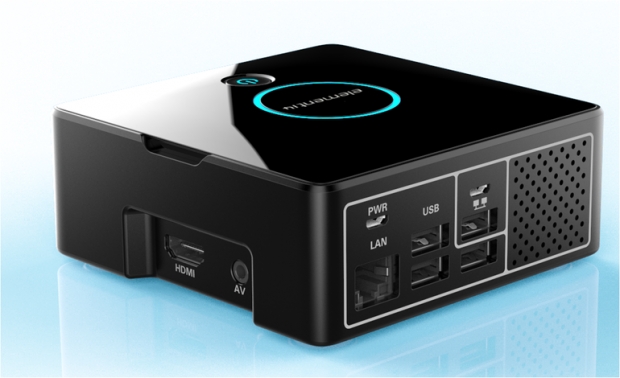 Premier Farnell has turned the Raspberry Pi microcomputer into a fully-fledged PC.

The distributor has integrated a range of accessories to turn a Raspberry Pi into Pi Desktop, a Linux-based computer equipped with Wi-Fi, Bluetooth, a real-time clock, an mSATA solid-state drive interface, an optional camera and a power switch.

Also in the box is a USB adapter (Micro-Type A) to add even more peripherals such as a keyboard or a mouse, while a display can be added via the HDMI interface.

The Pi Desktop case costs $49.99 but you'll still need to buy your own solid-state drive, and Raspberry Pi board. All told this will likely take the price for desktop to more than $100 at the very least. You might also want the Raspberry Pi camera module separately so the price is going up.

Still the box supports an SSD with up to 1TB and because it's been developed for start up directly from the SSD, it's faster than many high-powered desktops to get up and running.

It also has an integrated power switch, while its power controller means it's safe to remove the power adaptor from the Pi board.

It looks like a black Mac Mini, although it is much more useful.

The company hasn't yet revealed when it'll be available to buy, although Premier Farnell said it can only be purchased from Farnell and its resellers.

Last modified on 23 May 2017
Rate this item
(0 votes)
Tagged under
More in this category: « Chipzilla leans on MB partners to provide Optane SkyWater works on technology for night vision on cars »
back to top