AMD Socket AM4 and Bristol Ridge chip snapped together 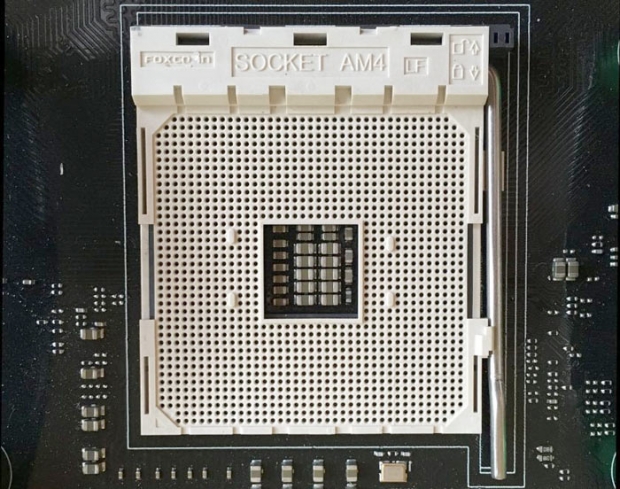 Paparazzi have managed to get their zoom lenses focused on the AMD AM4 Socket and Bristol Ridge chip snapped together for the first time.

The socket has a PGA (Pin Grid Array) design and is clearly labelled 'Socket AM4' so there is no confusion. It has 1331 pins which is a big boost on the 942 pins supported by AMD's AM3+ socket.

The AMD Socket AM4 is supposed to support the 7th Generation AMD A-Series ('Bristol Ridge') desktop PC systems which is currently shipping. It will also be behind the “waiting for Godot” Zen-Series ('Summit Ridge') processors when they show up. The increased number of pin connections will run the platform's new dual channel DDR4 (up-to 3200MHz) memory configuration, support for up to 24 PCIe lanes, and the integrated Northbridge in upcoming processors. 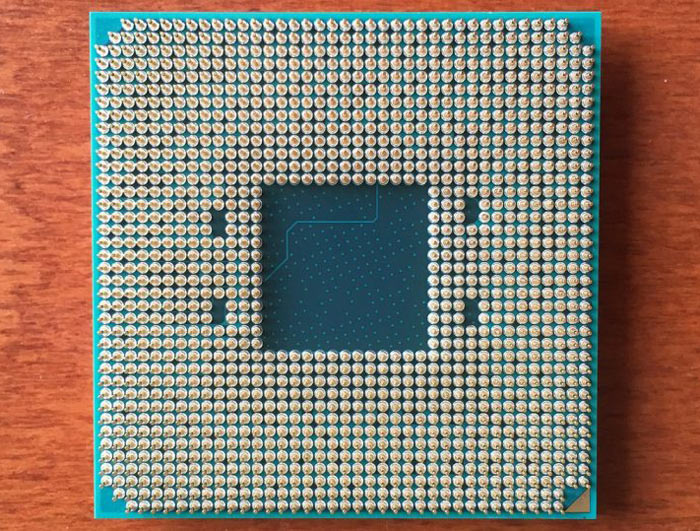 The new AM4 socket is the same 40mm as previous AMD sockets - it is unclear though what is happening to the CPU cooler compatibility. Some manufacturers, such as Noctua, have previously shown off a 'mounting upgrade kit' to make its coolers AM4 compatible.

Retail availability of AM4 motherboards is expected sometime next month. AMD Zen-based 'Summit Ridge' processors are expected in February.

Last modified on 19 September 2016
Rate this item
(17 votes)
Tagged under
More in this category: « Raspberry Pi sells 10 million units Gigabyte AM4 B350 chipset motherboard pictured »
back to top