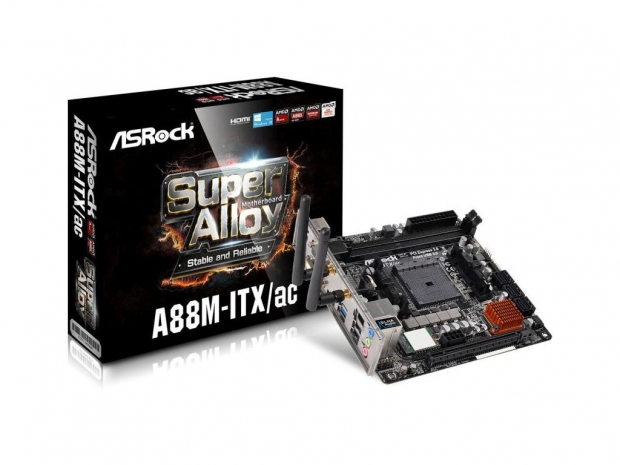 ASRock has rather silently announced its new motherboard based on AMD's A88X chipset for AMD socket FM2+ APUs and CPU, the ASRock A88M-ITX/ac.

Based on a standard mini-ITX form-factor and featuring support for AMD's socket FM2+ APUs and CPUs with 95W TDP, the new ASRock A88M-ITX/ac packs quite a few decent features on a small form-factor, including integrated 802.11ac dual-band WiFi and an M.2 slot.

The board has a a 5-phase CPU VRM drawing power from a combination of 24-pin ATX and single 8-pin EPS 12V connectors and comes with two DIMM slots with support for 32GB of DDR3-2400 memory as well as a a single PCI-Express 3.0 x16 slot.

Although officially up on ASRock's website, the new A88X-ITX/ac is still not listed anywhere in Europe so we do not have a precise price or the availability date. 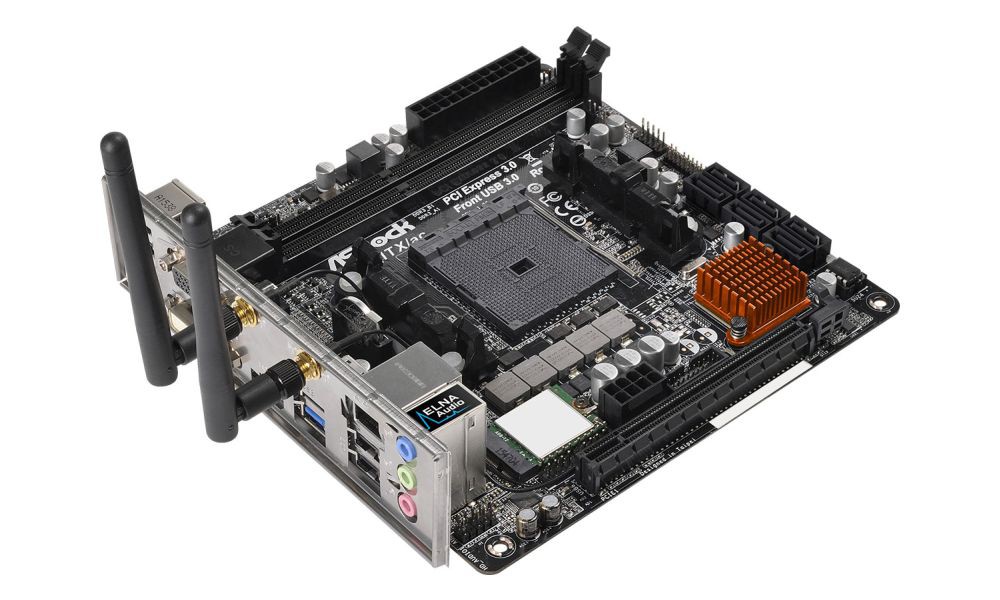 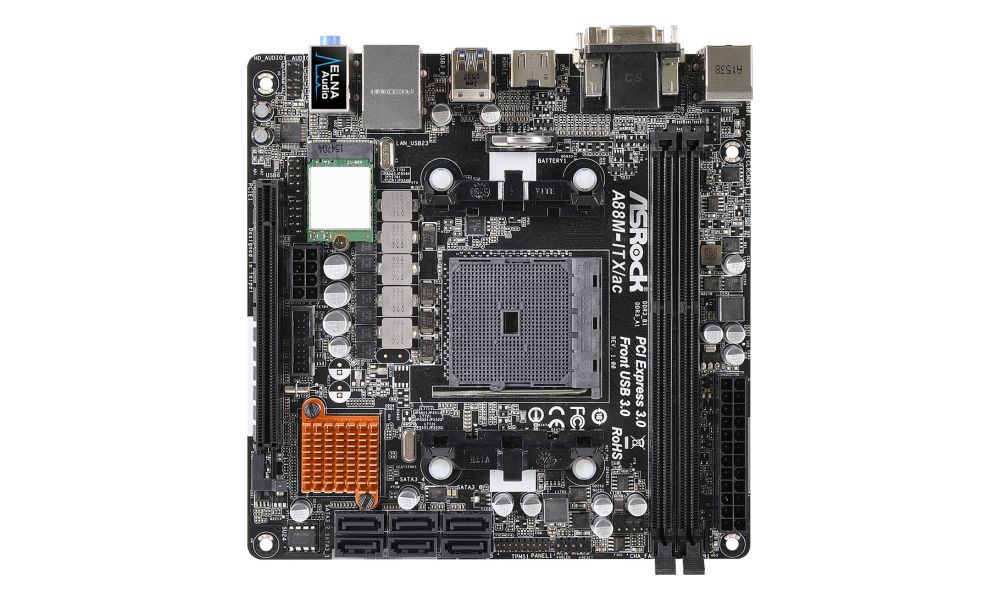 Last modified on 06 February 2016
Rate this item
(8 votes)
Tagged under
More in this category: « Intel asks for non-K Skylake overclocking capabilities to be pulled Raspberry Pi's save Syrian radio »
back to top