Sapphire has been known for their graphics cards and although the company already did a lot of motherboards based on AMD's chipsets, it looks like they are getting quite serious now. The P67 that was showcased was just a begining as Sapphire also has the mini-ITX H67 as well as the new Z68 in the works.

The upcoming H67 LGA 1155 motherboard still doesn't have an official name but we do have some pictures and details. Bear in mind that all Sapphire motherboards have a unique design due to the fact that Sapphire does these things on their own rather than following Intel's reference designs. Thus, you can expect that these will be quite good.

The specs are pretty standard as you have a 4-phase VRM for the CPU and features a total of four SATA ports, two being a SATA 6Gbps ones. It also comes with two USB 3.0 ports, four USB 2.0 ones, Ethernet, Bluetooth, 7.1-channel audio and D-Sub, DVI, HDMI and Display Port outputs, something that you don't see every day. The one thing that seperates the Sapphire H67 from the rest of the crowd is the addition of the LucidLogix chip that will allow GPU switching between the Sandy Bridge CPU and its graphics and the dedicated graphics card. 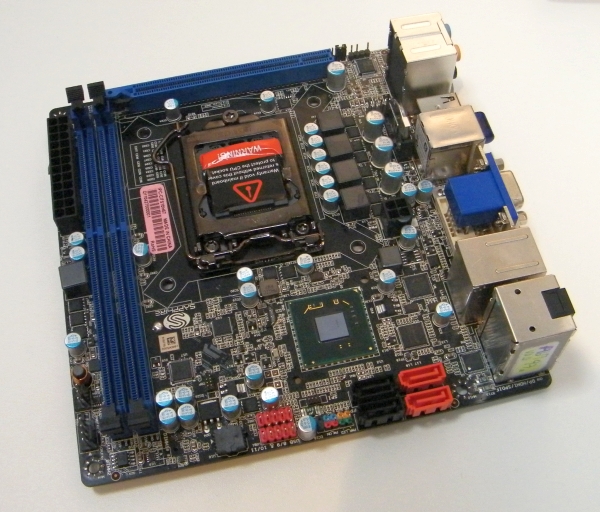 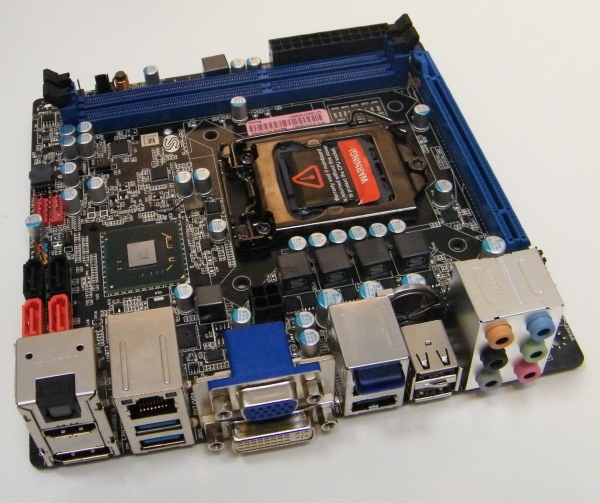 Although we don't have many details regarding it, it is nice to know that Sapphire is also working on the Z68 based motherboard as well. Again, this one will be equipped with Lucid's Hydra chip. As far as the specs go, it features three PCI-Express slots, three PCI slots, a total of four SATA 6Gbps and four SATA 3Gbps ports, special Sapphire BlackDiamond Chokes, two USB 3.0 ports, four USB 2.0 ports, Gigabit Ethernet, Bluetooth, 7.1-channel audio, dual BIOS, debug post display, and of course, DisplayPort, HDMI, DVI and D-Sub outputs. 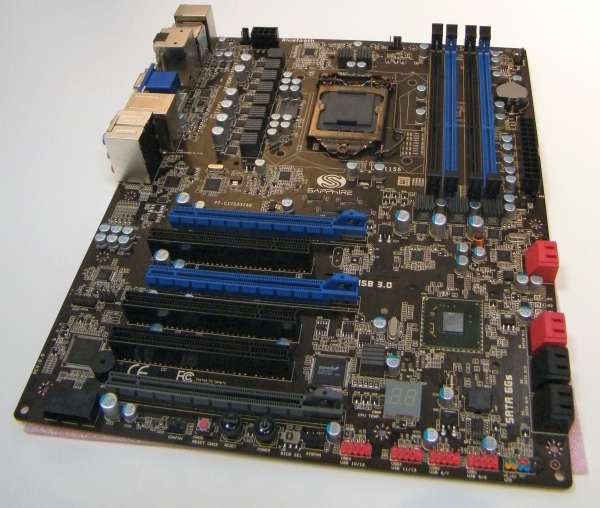 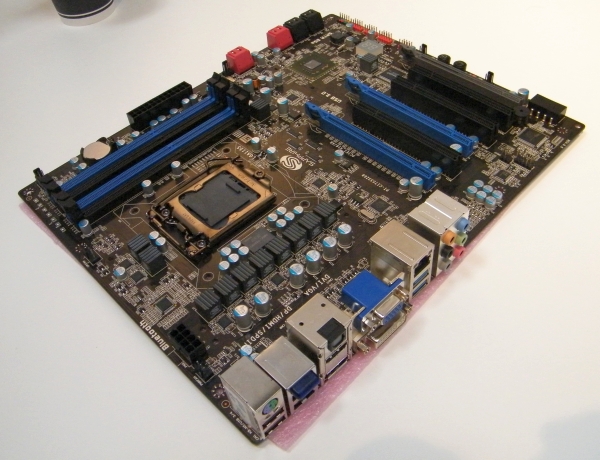 Of course, the Z68 is still in its early stage but we are sure that we'll see it launched at Computex, next to that mini-ITX H67 motherboard.