Similar to X58 SLI FTW3 at a lower price
Back in June 2010, EVGA hinted through several twitter status updates that the company would be releasing new X58-based motherboard products before the end of summer. At the time, several industry insiders and analysts did not expect the company to introduce refresh products in 2H 2010 given the already populated state of the X58 motherboard market. Not to mention, Intel's continuous Tick-Tock cycle indicates that a new high-end chipset platform will not be released until Q3 2011 at the earliest.

Nevertheless, on Monday, EVGA released its rumored X58 SLI3 (131-GT-E767-TR) motherboard, a refresh to the original X58 SLI (141-BL-E758) launched in November 2008. The board features the same 8-phase analog PWM design as its predecessor, but a large passive IOH heatsink instead of an active one. In addition, the heatsink design is wider and more compact than the one featured on the higher-end X58 SLI FTW3 released in May 2010. 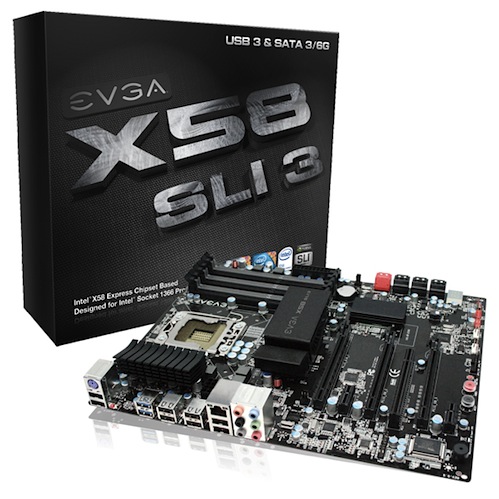 Like its predecessor, the board features three PCI-Express 2.0 ports which operate at x16/x16/x8 respectively. Yet, the big deal about EVGA bringing the X58 SLI3 refresh to market is that the board features two USB 3.0 ports for transfer rates up to 5Gbps, and two SATA III 6Gbps ports for disk transfer rates up to 600MB/s. The board also features six SATA II ports, which is an interesting detail considering that its X58 SLI (141-BL-E758) predecessor featured a total of nine SATA ports. 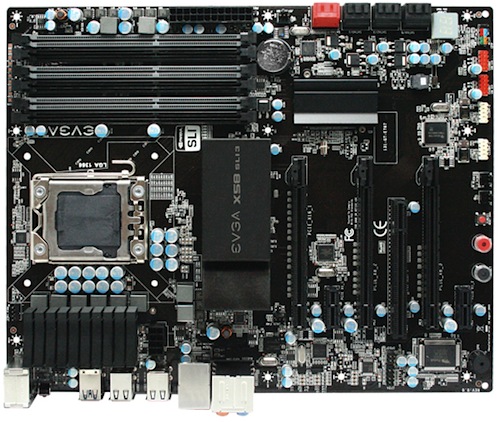 Last modified on 01 September 2010
Rate this item
(0 votes)
Tagged under
More in this category: « ASUS designs AMD mini-board MSI rolls out its 870A Fuzion motherboard »
back to top