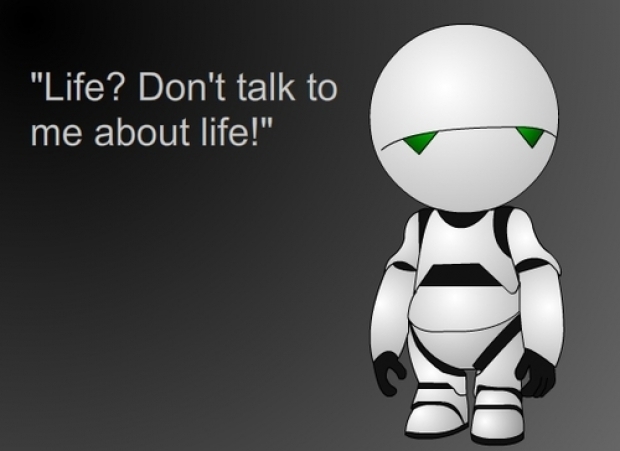 You just need to know it better

The head of the UK's largest and most advanced robotics centre has said that society needs to prepare for the increased integration of robots but shouldn't fear the rise of artificial intelligence (AI).

National Robotarium CEO Stewart Miller told Sky News that "Inevitably there will be more robots in everybody's life. They'll be helping you at home, when you go out shopping, when you go to a hotel, they'll be involved in hospitality, when you go to a theatre, everything. And in your working life."

The National Robotarium opened in Edinburgh yesterday amid international concern by some boffins over the artificial intelligence. A new survey of researchers from the New York University Centre for Data Science found that more than a third of respondents that had published recent papers in the field thought that AI could produce catastrophic outcomes in this century, "on the level of all-out nuclear war".

Miller said that "the thing to remembers is that we, the humans, are in control. We decide how far it goes and doesn't go".

He added: "A lot of people already working on making sure the software sitting behind AI has safeguards built into it, to make sure that, particularly when it's running on a robotic platform, it can't do any harm or at least we make sure it does as minimal harm as we possibly can. So those kind of safeguards will be built in by the engineers.

"We will have to put safeguards in place and make sure we have good controls around it, because it [artificial intelligence] is a very powerful technology. But I think it has more to bring that will be good, than we have to worry about."

Asked if people should fear AI, he said: "No, I don't think they should."

Last modified on 30 September 2022
Rate this item
(1 Vote)
Tagged under
More in this category: « Developers not going to be replaced by AI yet Tesla Bot as pointless and over hyped as anything else Musk has done »
back to top