Smarter appliances could save world from Russia 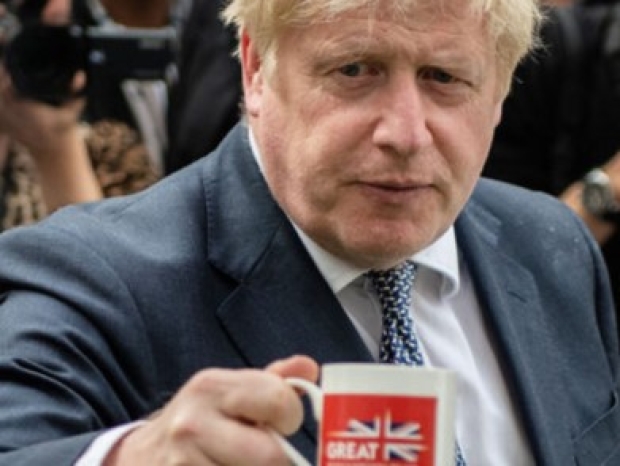 At least if you believe the Daily Mail

With its favourite political party in trouble over rising power bills, the Daily Wail, has followed the party line in suggesting that poor people would have no power problems if they bought smarter appliances.

Outgoing Prime Minister Boris Johnson created a storm when he suggested that all poor people needed to do to sort out their energy bills was cut back on consumption. He suggested buying better kettles, apparently he is an expert on buying kettles.

Instead of joining in the “lets kick Boris being so out of touch” crowd, the Daily Mail claimed that a new generation of smart household appliances will use cutting-edge artificial intelligence to slash energy bills and water use.

To do so it had to send a reporter to Berlin, which was tricky for the Daily Mail  because after backing Adolf Hitler to win World War II, it changed tact to blame Europe for everything and probably expected its reporter to melt the moment his shoes stepped on German soil.

The reporter saw the work of non-British manufacturers including Bosch, LG, Miele and Samsung showcased the latest technology that will make dishwashers and washing machines cheaper and more eco-friendly.

The IFA Technology show, Samsung unveiled a washing machine that works out how much water to use not just according to the weight of the clothes but by how dirty they are, measured using artificial intelligence.

AEG has announced a steam function on its washing machines that gets rid of odours in 25 minutes while using 96 per cent less water than regular washing.

And the same company’s newest tumble dryers do a 3D scan to identify humidity levels inside clothes so as not to use excess electricity.

Bosch’s washing machines can work out the ideal dose of detergent, and will have a ‘mini load’ option to save energy on small laundry batches.

Beko announced a clever technique to save 2.6 litres (4.5 pints) of water per cycle in its newest dishwasher. The machine stores the rinsing water from one cycle for up to three days to be used in the pre-wash stage of the next cycle.

Nor will the machines be available in the UK for winter when a lot of the harm from the energy crisis will be biting.

Last modified on 05 September 2022
Rate this item
(2 votes)
Tagged under
More in this category: « AI used to monitor cat poo Intel's Loihi shows the way for energy-efficient neuromorphic systems »
back to top