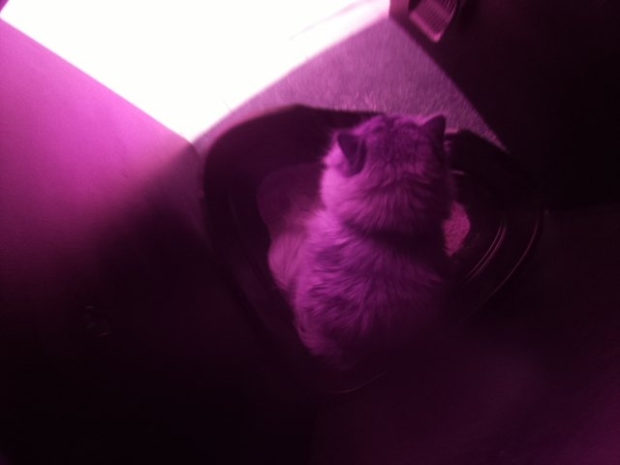 A woman created an artificially intelligent (AI) infrared camera using a Rasberry Pi to monitor her cat’s poop after she discovered it was eating plastic.

A vet advised software engineer Estefannie to monitor her rescue cat Teddy’s bathroom habits and make sure there was no plastic stuck in his intestines and she thought it would be a good subject for a YouTube programme.

She penned a python script and set up a camera with a motion sensor that would trigger every time Teddy used his litterbox so she could tell if he was constipated or not.

Since another cat uses the litterbox she had to write code to make sure she could identify the cat making the poo.

"I did a lot of research and found I need to take a whole bunch of pictures. Luckily I already have a picture taking script that can take several pictures a second,” she explains on her YouTube channel.

Estefanni set up a series of infrared lights and gave the camera an infrared filter so it could see in the dark.

After successfully installing the infrared rig, Estefanni took over 50,000 photos of Teddy and her other cat using the litterbox.

Estefannie then had to crop all the photos which were fed into a machine-learning script so the computer understands what Teddy looks like.

Unfortunately, the AI could not identify if the cat was doing number one or two so "using the camera timestamp she calculated exactly how long it takes them to poo or pee,” she adds.

She spent a year on the AI project and the cat still lives, although it might need therapy.

Last modified on 01 September 2022
Rate this item
(0 votes)
Tagged under
More in this category: « Nvidia told it can't export AI chips to China Smarter appliances could save world from Russia »
back to top