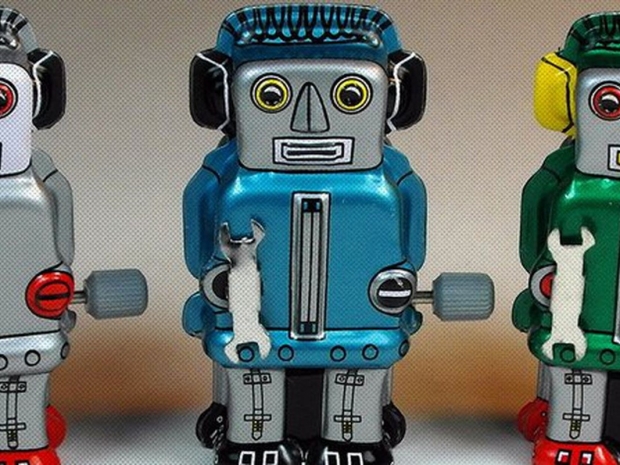 IPO decides that AI still needs too much human assistance

The UK's Intellectual Property Office has decided artificial-intelligence systems cannot patent inventions for the time being.

A recent IPO consultation found many experts doubted AI was currently able to invent without human assistance. Current law allowed humans to patent inventions made with AI assistance, the government said, despite "misperceptions" this was not the case.

Last year, the Court of Appeal ruled against Stephen Thaler, who had said his Dabus AI system should be recognised as the inventor in two patent applications, for: a food container and a flashing light.

The judges sided, by a two-to-one majority, with the IPO, which had told him to list a real person as the inventor.

"Only a person can have rights - a machine cannot," wrote Lady Justice Laing in her judgement. "A patent is a statutory right and it can only be granted to a person." But the IPO also said it would "need to understand how our IP system should protect AI-devised inventions in the future" and committed to advancing international discussions, with a view to keeping the UK competitive.

Many AI systems are trained on large amounts of data copied from the internet. And, on Tuesday, the IPO also announced plans to change copyright law to allow anyone with lawful access - rather than only those conducting non-commercial research, as now -- to do this, to "promote the use of AI technology, and wider 'data mining' techniques, for the public good." Rights holders will still be able to control and charge for access to their works but no longer charge extra for the ability to mine them.

The IPO noted the UK was one of only a handful of countries to protect computer-generated works with no human creator.

The "author" of a "computer-generated work" is defined as "the person by whom the arrangements necessary for the creation of the work are undertaken," it says.

Protection lasts for 50 years from when the work is made. Performing-arts workers' union Equity had called for copyright law to be changed to protect actors' livelihoods from AI content such as "deepfakes," generated from images of their face or voice. The IPO took this issue seriously, it said, but "at this stage, the impacts of AI technologies on performers remain unclear." "We will keep these issues under review," it added.

Last modified on 29 June 2022
Rate this item
(0 votes)
Tagged under
More in this category: « AI robots are sexist, racist, and jumps to conclusions about people’s faces Sentient AI causing huge problems »
back to top