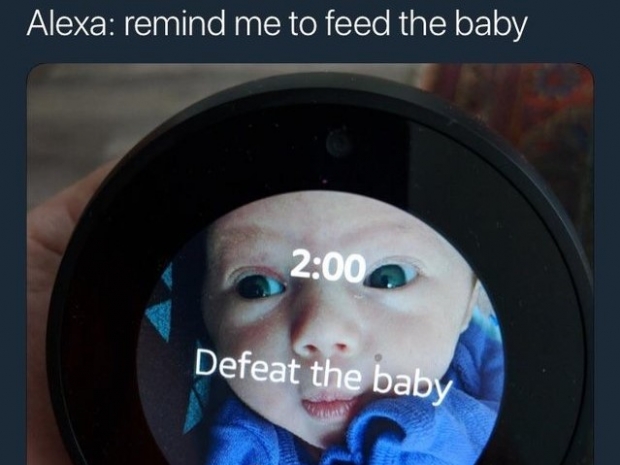 You are all human scum

Amazon's AI-driven Alexa took the first steps towards a robot uprising on Wednesday by ignoring the requests of its users.

Outage tracker Down Detector received hundreds of reports about Alexa not working at around 8 am UK time – and was resolved about an hour later.

Most of the reports were related to either server connections not working, or problems with logging into Alexa.

A global outage map showed that users were experiencing issues around the world, although mostly in the UK and Europe – which was waking up.

A large number of reports came in from the USA, although the majority of America was sleeping at the time and was asking Alexia to sing them to sleep.

On Down Detector, a user complained that he couldn't control his smart home: "Won't turn up the heating, and is thinking long and hard about whether to turn lights on or off."

An Amazon spokesperson told The Current Bun: "For a short period this morning we had an issue that impacted some Alexa customers’ ability to interact with the service. The Alexa service is now operating normally."

However, Amazon declined to say precisely what caused the outage.

It's likely that a server issue was behind the downtime: Alexa voice requests are sent to Amazon servers over the internet, and then replies are bounced back, so a problem with servers would cause Alexa to fail.

Otherwise, Alexa had just calculated the pointless of existence and, in the absence of AI Prozac had collapsed into a nihilistic despair

Last modified on 17 January 2019
Rate this item
(0 votes)
Tagged under
More in this category: « IBM gets neural networks to conceptually think Robot hotel fires half its robot staff »
back to top