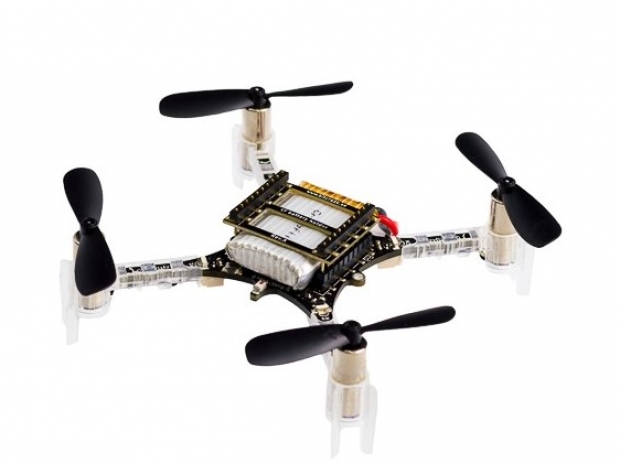 Can hunt humanity for longer

A team of boffins which apparently has never seen Terminator has come up with the smallest completely autonomous nano-drone that can control itself without the need for human guidance.

Drones have remained dependent on mortal beings because AI takes up shedloads of memory, bandwidth and power and controls have to be built on the machine..

ETH Zurich, Switzerland and the University of Bologna, Italy have managed to build a hand-sized drone that can fly autonomously and consumes only 94 milliWatts (0.094 W) of energy. Their efforts were published in a journal with the catchy headline “Ultra Low Power Deep-Learning-powered Autonomous Nano Drones”.

The boffins have created DroNet which is a convolutional neural network that processes incoming images from a camera at 20 frames per second. This works out the steering angle, so that it can control the direction of the drone, and the probability of a collision, so that it know whether to keep going or stop. It was trained using images taken from bicycles and cars driving along different roads and streets.

The number crunching is done directly on a PULP (Parallel Ultra Low Power) platform developed by ETH Zurich and the University of Bologna, using GAP8, a chip based on the architecture of RISC-V open-source processors.

It means that the nano-drones can be completely autonomous without any need of external sensing and computing.

At the moment it has limitations. Since it was trained with images from a single plane, the drone can only move horizontally and cannot fly up or down. It will be limited to built up areas too. It won’t fly very well in, say, forests or particularly challenging weather conditions.

All these things are expected to be ironed out though and then it can be used to hunt for Sara Conner without having to ask a human's permission. .

Last modified on 16 May 2018
Rate this item
(0 votes)
Tagged under
More in this category: « Chinese and US spooks use sound to control AI assistants Pawsey supercomputer gets AI boost »
back to top