AMD has 7nm Radeon Instinct running in its lab 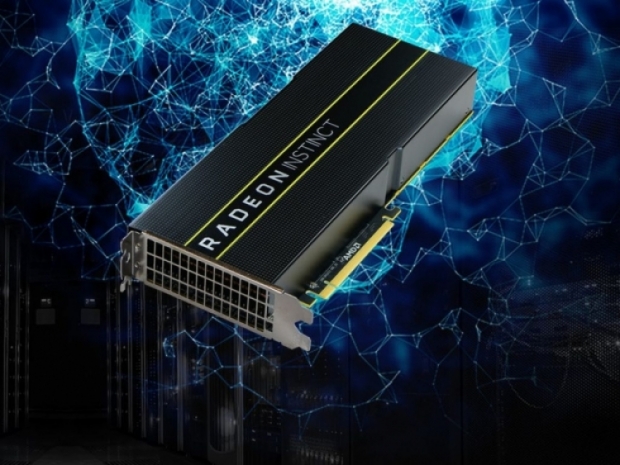 During its Q1 2018 financial conference call yesterday, AMD's CEO, Dr. Lisa Su, confirmed that 7nm is on track and that 7nm Radeon Instinct is running in its labs.

As we've said a couple of times before, and as AMD confirmed back in January 2018, the 7nm Vega, in some cases referred to as the Vega 20, will target the AI market and aim to compete with Nvidia's Volta-based accelerators.

Answering a question from Timothy Arcuri from UBS Securities, Dr. Su confirmed that this particular product uses TSMC 7nm manufacturing process but also pointed out that the company's foundry strategy is to use both TSMC and Globalfoundries for the 7nm process and did not seem concerned about their production capacity.

Back in April, we wrote that 7nm Vega is not a GPU, at least not in a way that it will be aimed at a consumer/gaming market, so it is basically an AI chip.

Moving to 7nm will allow AMD to pull much more compute performance from Vega architecture at lower power consumption.

AMD did not have a 7nm Vega consumer GPU on its roadmap as the next one in the line is the Navi GPU, coming sometime next year.

Of course, roadmaps can change and, hopefully, AMD could push 7nm Vega for the consumer market, which will at least put some pressure on Nvidia's upcoming new GPU. Competition is good for both the industry and for end users.

Last modified on 26 April 2018
Rate this item
(0 votes)
Tagged under
More in this category: « AI boffins create a European superhub Top three AIs are pretty stupid »
back to top