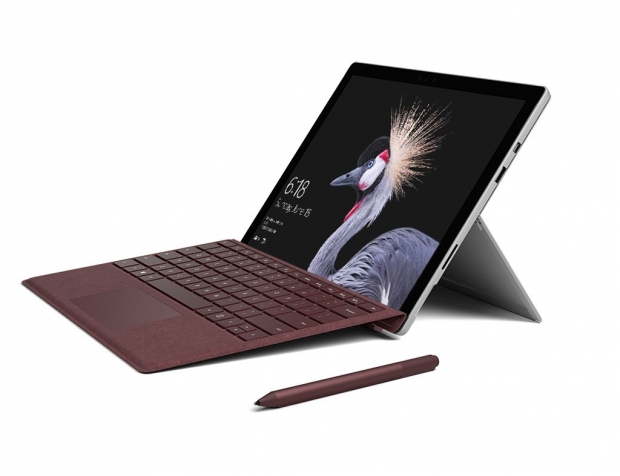 Coming in December and starting at US $1,149

While the Surface Pro with LTE was officially announced earlier this year, we did not have any specific details, availability date or the price, but now, at the Future Decoded event in London, Microsoft has decided to reveal all the details.

Although it packs Qualcomm's Snapdragon X16 LTE modem, which supports LTE Category 16 downlink and LTE Category 13 uplink, and peak download and upload speed of 1Gbps and 150Mbps, the Surface Pro with LTE will be apparently limited to LTE Cat.9, with peak download speeds of 450Mbps, which was enough for Microsoft to brag that it is "the fastest LTE-enabled laptop in its class".

Hopefully, the LTE connectivity won't have a big impact on the earlier announced 13.5hr battery life.

As you would have guessed, the Core i7 version of the Surface Pro will not be available with LTE so those looking to spend that extra US $150 for LTE connectivity will be limited to a base version with Core i5 CPU, 4GB/128GB, priced at US $1,149 and the more powerful Core i5, 8GB/256GB, version priced at US $1,449.

Last modified on 01 November 2017
Rate this item
(0 votes)
Tagged under
More in this category: « Microsoft working on Apple’s next “breakthrough” Microsoft denies its Surface is unreliable »
back to top