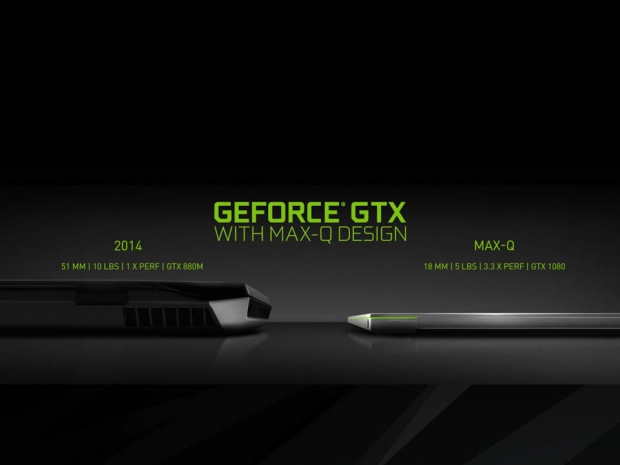 On Tuesday, Nvidia announced a new design approach for gaming laptops that will enable a generation of quieter, thinner, and faster products equipped with GTX 1080 graphics beginning June 27th.

Nvidia’s Max-Q is a mobile graphics initiative that allows the company to build gaming laptops three times thinner with three times more performance over previous designs. The name is curiously derived from the mission design of rockets, missiles and aerospace travel, where “Max-Q” is the point at which aerodynamic stress on a rocket in flight is maximized. The point at max Q is a key milestone during a rocket’s launch and is the point where the frame undergoes maximum mechanical stress.

Nvidia is now applying a similar design approach to a new lineup of gaming laptops that allows OEMs to produce designs as small as 18 millimeters thick. Aesthetically, this will put gaming notebooks on par with the MacBook Pro while delivering up to 70 percent more gaming performance than the designs that have been available up until today. 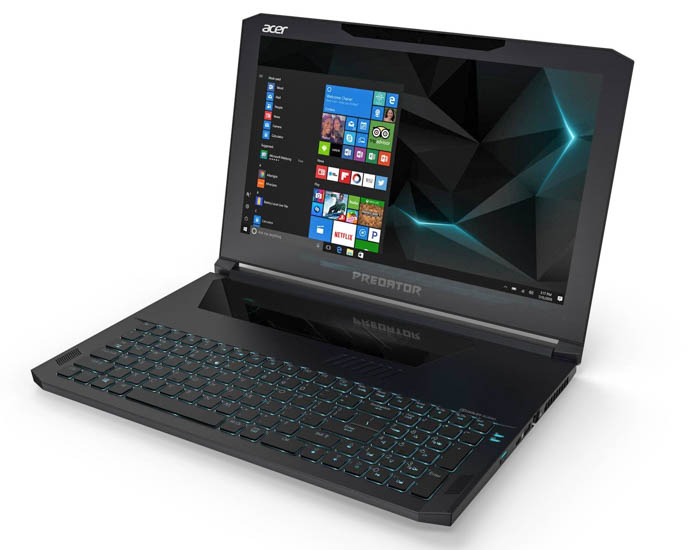 Before the introduction of Max-Q, gaming notebook OEMs had to support heavy cooling and power requirements for the latest 16nm Pascal-based GPUs. With the new design approach, laptops that could previously only fit a Geforce GTX 1060 will now be able to house a GTX 1070 or GTX 1080. The end result is one where rendering quality compromises are minimized, as gamers can now run Ultra settings while benefitting from the thin and light form factor of a premium convertible ultrabook.

In terms of performance, the company’s Max-Q enabled GPUs are essentially identical to the existing Geforce 10 lineup. The key difference is that they are now based on better management features, including a low voltage-optimized clock curve that adds performance with low power modes enabled.

Another key issue now addressed is noise output during peak GPU load. Nvidia is introducing a feature called WhisperMode on Max-Q enabled notebooks that intelligently paces the game’s frame rate while dynamically adjusting graphics settings for optimal power efficiency. For instance, a notebook running a Max-Q enabled Geforce GTX 1080 will now be able to automatically switch from 4X AA on Ultra settings to 2X AA on High settings when the notebook is running low on battery, all transparently and without any intervention from the user. 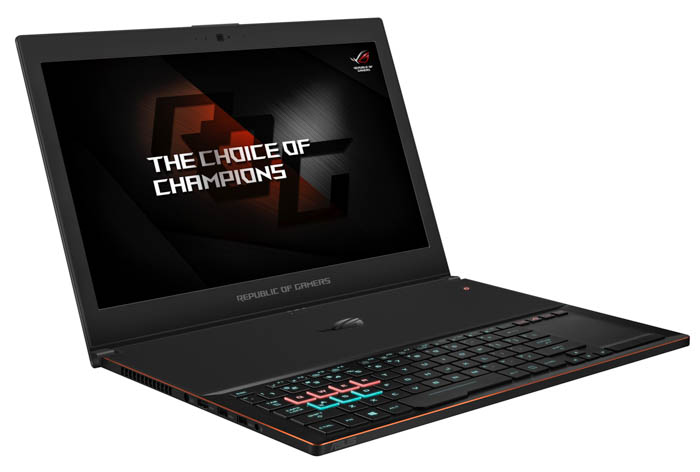 Nvidia says that an initial lineup of Max-Q enabled notebooks featuring Geforce GTX 1060, 1070 and 1080 graphics will be available from vendors as early as June 27th. Partnering vendors on the list include Acer, Alienware, ASUS, Gigabyte, HP, Lenovo, Maingear, MSI, and Origin PC.

Of course, not every new Max-Q enabled notebook is going to require a chassis redesign. As PCWorld notes, the MSI GS63VR Stealth Pro, one of the thinnest Geforce GTX 1060-based gaming notebooks on the market today with a 0.69-inch profile, has just received an updated Max-Q graphics card but appears identical to the original within the same dimensions.

Last modified on 31 May 2017
Rate this item
(0 votes)
Tagged under
More in this category: « Surface Pro copied Apple too much ASUS debuts first Ryzen-based gaming notebook »
back to top