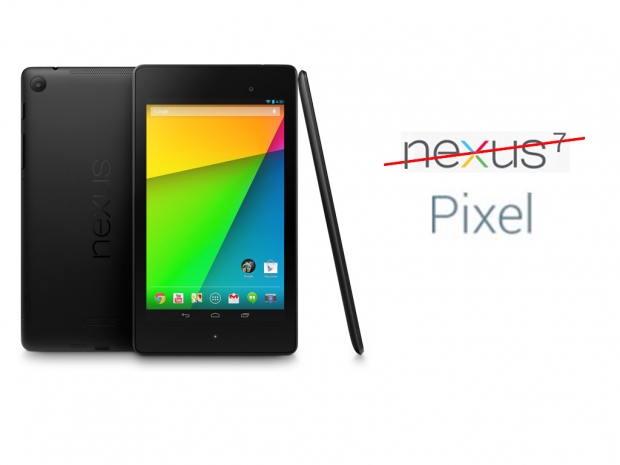 7-inch screen and 4GB of RAM

According to the latest rumor, Google's Huawei-made 7-inch tablet will be released before the end of this year.

The information comes from Evan Blass, better known as @evleaks, confirming that the device will be released before the end of the year. While there is no more information, the lack of the Nexus brand in the Tweet suggests that Google might have completely killed the Nexus brand and will focus on the new Pixel brand, as previously rumored.

There is not a lot of information regarding the device, other than it will have a 7-inch screen and come with 4GB of RAM.

Google's Huawei-built 7-inch tablet, with 4GB RAM, on track for release before the end of the year.

The same 7-inch successor of the 2nd-generation Nexus 7 has already been teased earlier as Huawei has  already trademarked the device as the 7P, which kicked off rumors that the device might end up with a Google Pixel 7P name.

There is a rumor that Google will be hosting an event on October 4th, where the company may unveil two new smartphones, rumored as Pixel and Pixel XL, as well as the new Chromecast device, but it is still not clear if it will be the event for the new 7-inch tablet as well.

Hopefully, we will hear more as we draw closer to the end of this month.

Last modified on 07 September 2016
Rate this item
(3 votes)
Tagged under
More in this category: « Razer updates its Blade notebooks Notebook vendors see August spike in sales »
back to top