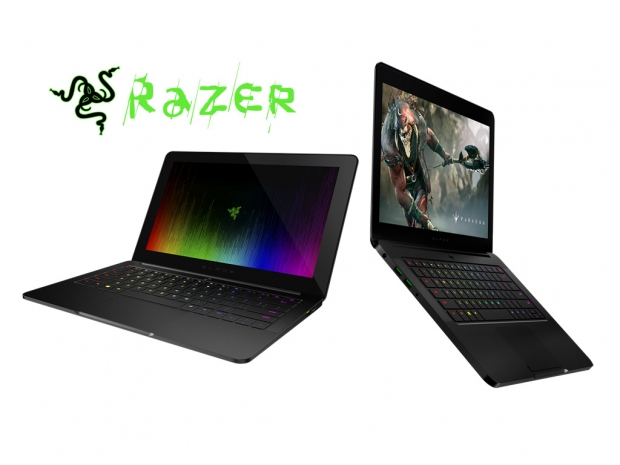 Razer said it has updated its Blade and Blade Stealth notebooks with some new and shiny hardware, including Intel's latest Kaby Lake CPUs and Nvidia Pascal-based GPUs, all in time to show them off at the  PAX show this weekend.

Razer's flagship 14-inch Blade notebook looks the same on the outside and still packs the same Intel Core i7-6700HQ CPU and 16GB of DDR4 memory. The biggest change is the addition of the  Nvidia GTX 1060 graphics card, which makes it "VR-ready", and may well give the Blade a significant improvement in performance, especially for the model with an IGZO QHD+ 3200x1800 resolution panel. 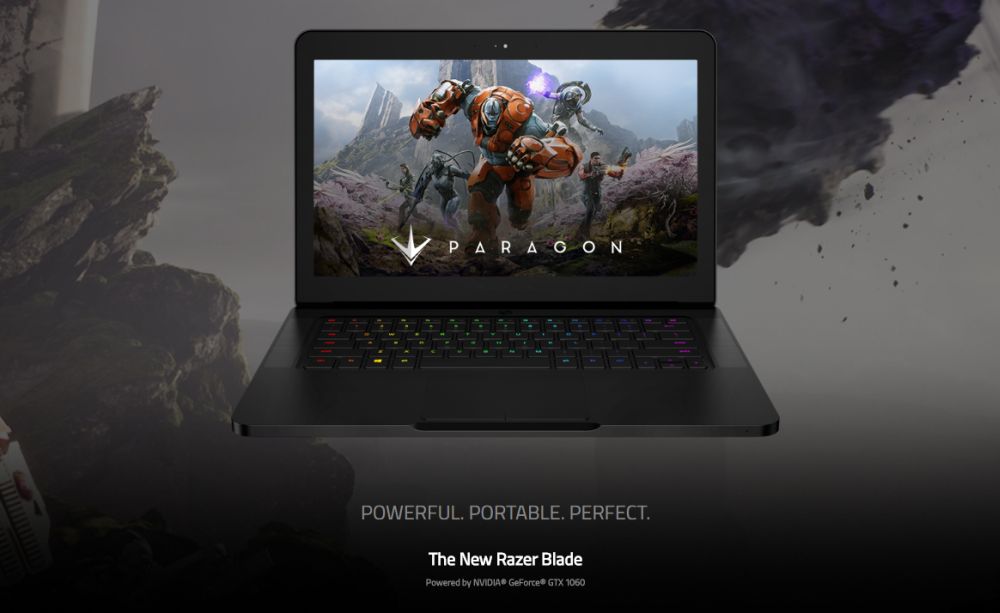 The Razer Blade Stealth, or the gaming Ultrabook as Razer used to describe it, got a few more updates, including a  Kaby Lake Core i7-7500U CPU which will replace the aging Core i7-6500U, giving it a bit more CPU performance. The Core i7-7500U is a dual-core CPU with Hyper-Threading, works at 2.7GHz base and a 3.5GHz Turbo clock and comes with Intel HD Graphics 620 IGP.

Razer also added more RAM and more storage to the Blade Stealth, doubling it to up to 16GB and up to 1TB SSD as an option.

As far as we can tell, you can get Razer Blade Stealth QHD version with 128GB, 256GB and 512GB storage options, while the 4K/UHD display version comes with 512GB and 1TB storage options.

Razer also changed the battery on the Blade Stealth, which was its biggest weakness, raising it from 45Wh to 53.6Wh, which ought to be enough to keep it alive for up to nine hours, thanks to a couple of other power optimizations. 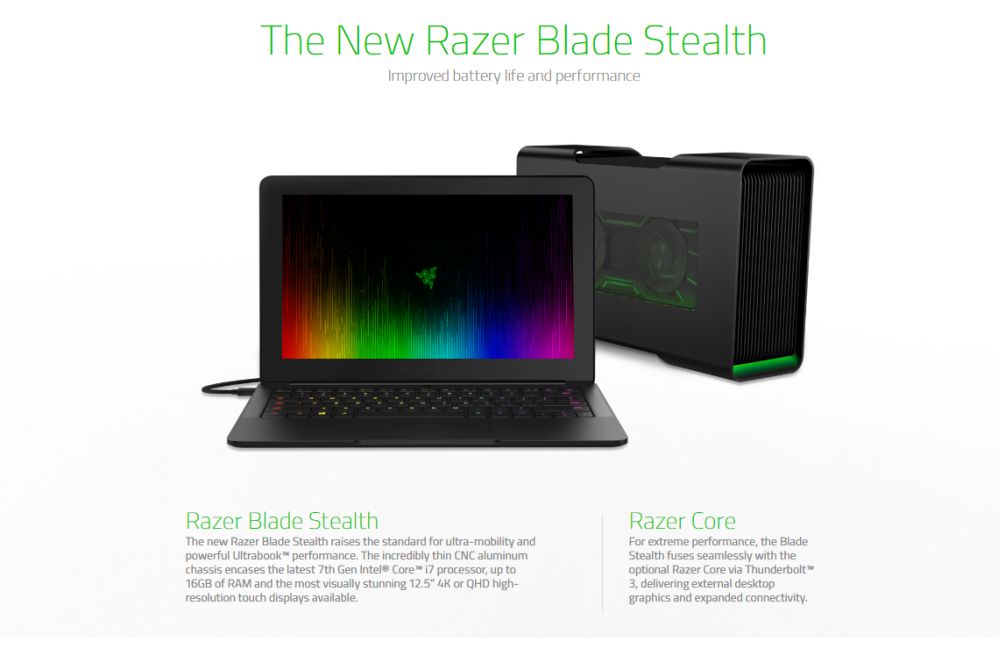 Both the 14-inch Blade and the 12.5-inch Blade Stealth have Thunderbolt 3 connectivity using USB Type-C port so they can be connected to Razer's external GPU box, the Razer Core. While the GTX 1060 might do the job on the Razer Blade, the Intel HD Graphics 620 IGP on the Blade Stealth will get you nowhere fast.

The Razer Core eGFX supports full-size PCIe graphics cards and is compatible with up to 375W TDP graphics cards, so RX 480 or GTX 1080 ought to be OK. Although a bit on the expensive side with a price set at US $499, Razer now offers a $100 discount on the Core if you buy it together with the Blade Stealth.

The  Razer Blade and Razer Blade Stealth are both available as of today, starting at US $1799 and US $999, respectively. Both will be showed off at the PAX show in Seattle. 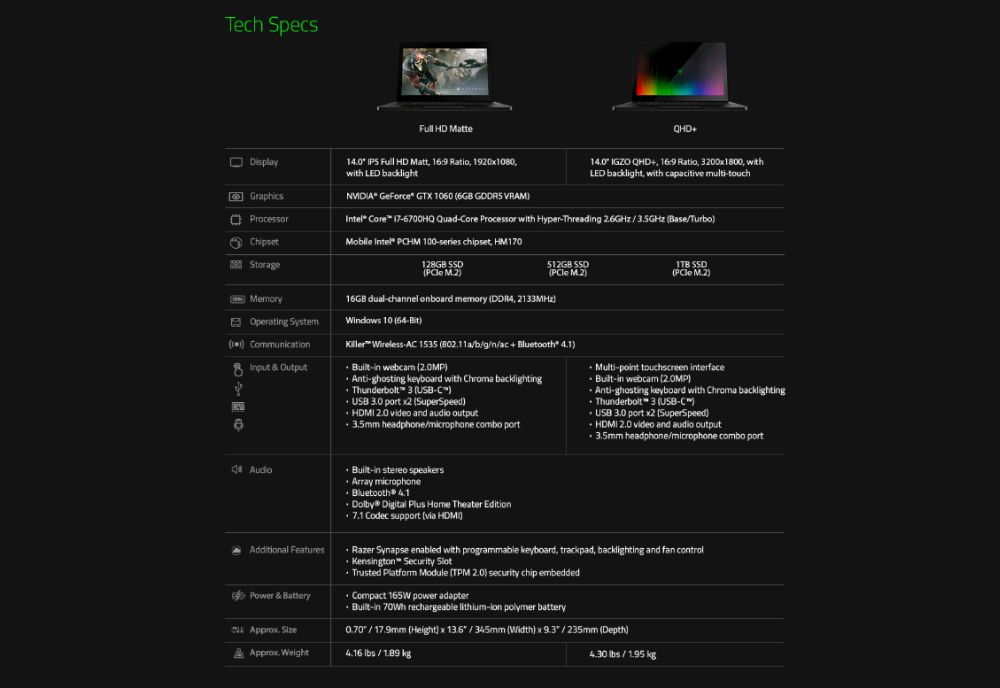 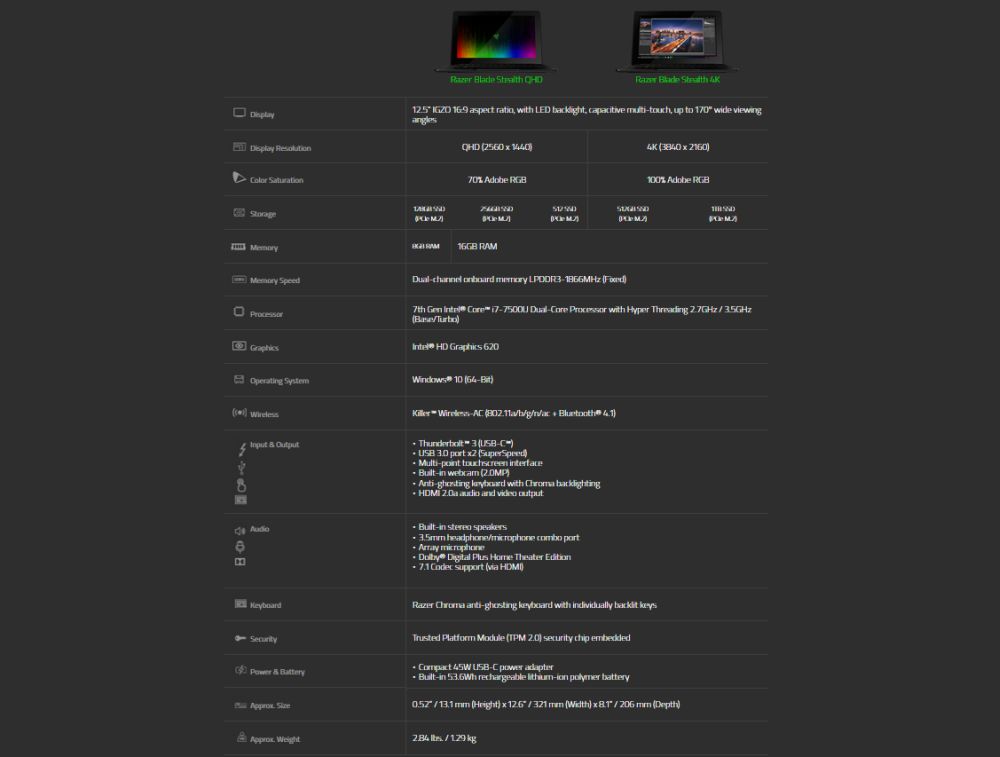 Last modified on 03 September 2016
Rate this item
(2 votes)
Tagged under
More in this category: « Alienware rejigs its notebooks Google's Huawei-made tablet coming this year »
back to top