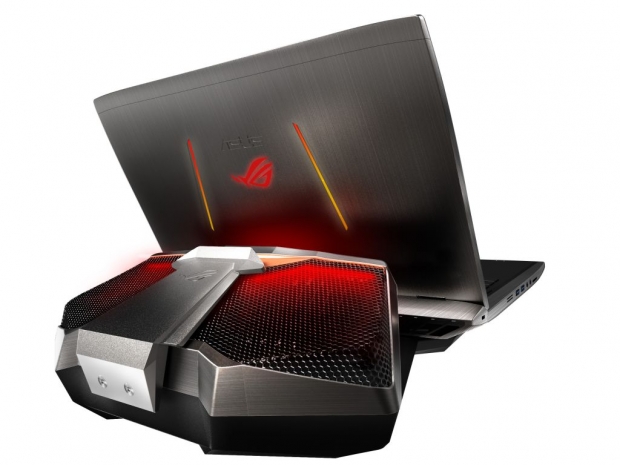 ASUS came in style to IFA 2015 show and while it announced a worthy successor to its ROG G751 notebook, simply called the ROG G752, it also teased a liquid cooler ROG notebook, the ROG GX700.

While obviously in its prototype stages as ASUS has only decided to tease it, the ROG GX700 will feature Intel's newest Skylake K-series CPU, latest graphics card from Nvidia and a 17-inch 4K/UHD display. What makes it interesting is that box that you can see behind the notebook, which is actually a liquid cooling for it, something that you do not see every day.

In addition to the teased liquid-cooled ROG GX700 notebook, ASUS also unveiled the new Republic of Gamers G752, a successor to a well known and quite praised desktop-replacement ROG G751 notebook. ASUS has slightly updated the design, making the ROG G752 a bit more sleek and it will offer a wide choice of Intel Skylake 6th generation Core H-series CPUs, including the unlocked Core i7-6820HK, wide choice of Nvidia GPUs, up to GTX 980M with 8GB of RAM, and 17.3-inch 4K/UHD G-Sync display.

According to ASUS, the ROG G752 should be available during this holiday season and start at US $1,499. ASUS said that the teased liquid-cooled GX700 could also appear before the end of this year but we wouldn't bet on it. 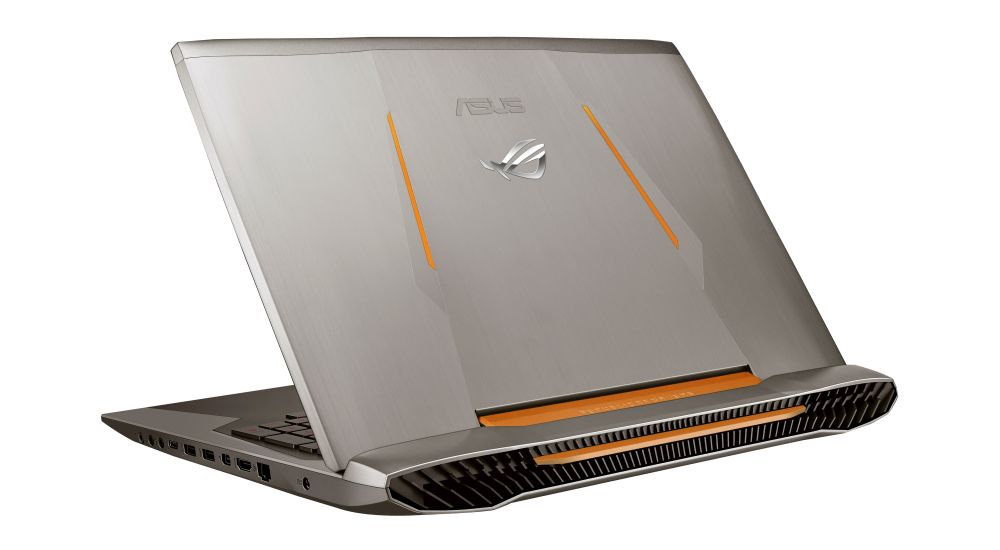