They just work better than 7-inchers

It looks like Steve Jobs was right again. He dismissed 7-inch tablets as something that Apple doesn’t want to do, and went live with iPad Mini a 7.9-inch device that has again conquered the world. It wasn’t exactly Apple’s idea, a few other players already did 8-inch tablets, including Samsung.

Apple also stayed consistent with its 4:3 aspect ratio, while the Nexus 7 and Kindle Fire are 16:10 devices. Most small Android tablets feature 16:10 screens and a somewhat “wider” form factor works better for small tablets, so we probably won’t see many 16:9 devices.

Multiple companies that are working on processors, tablets and software are telling us that in 2014 most 7-inch tablets will be replaced by new 8-inch designs. Many companies have realized that they just work better for most consumers and with that in mind Google might even launch a Nexus 8 to replace the Nexus 7 next year. 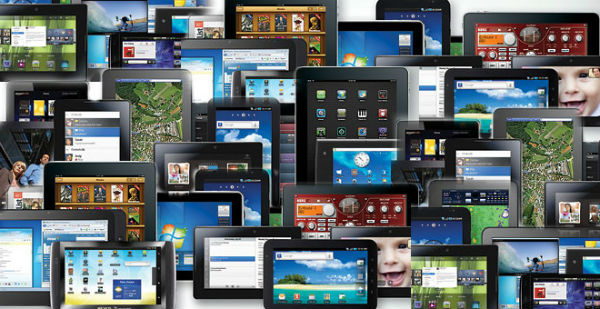 We think that many other companies will do the same. Customers like the 8-inch form factor and multiple reports are claiming that Nexus 7 2013 is not selling as well as its predecessor. Apple thinks that 2048x1536 or 3.1 megapixels is enough for its 7.9-inch iPad mini with Retina display and we have a strong feeling that this might become a very popular screen format in 2014 for others than Apple. Many iPad knockoffs are already shipping with 9.7-inch 2048x1536 displays and it’s only a matter of time before we see 8-inchers with the same resolution.

The 10-inch form factor will stay dominant in the high-end with occasional attempts to build 12 inch tablets that only a few will be interested in. However, 10.6 or 11.6-inch tablets are starting to make sense. It’s nearly impossible to stick a full size keyboard on a 10-inch device, but adding a single inch allows designers to do just that – so bigger screens make a lot of sense for convertibles, especially Windows hybrids.