Although the Surface RT was hardly a big hit for Microsoft, with US $900 million write-down, Microsoft clearly did not give up on Windows RT and the newely announced 10.1-inch Surface 2 successor is thiner, lighter, faster, equipped with Tegra 4 SoC and has a 1920x1080 resolution screen.

As we wrote earlier, the Surface 2 is powered by Nvidia's Tegra 4 SoC which makes it, according to Microsoft, three to four times faster than the original Surface RT. It also got a better 5-megapixel rear and 3.5-megapixel front cameras, both capable of doing 1080p video as well as USB 3.0 port. The new Surface 2 also got the new Kickstand 2 which has a dual-angle adjustment and, according to Microsoft, has 25 percent more battery life.

As expected, it runs on Windows 8.1 RT and will be available in 32 and 64GB configurations as well as white (silver) and black color options. The price starts at US $449 for the 32GB model while the 64GB one will be sold for US $549. Both will be available on 22nd of October on 22 "big markets" including Australia, Austria, Belgium, Canada, Denmark, Finland, France, Germany, Hong Kong, Ireland, Italy, Luxembourg, the Netherlands, New Zealand, Norway, Portugal, Spain, Sweden, Switzerland, the UK, and the USA. 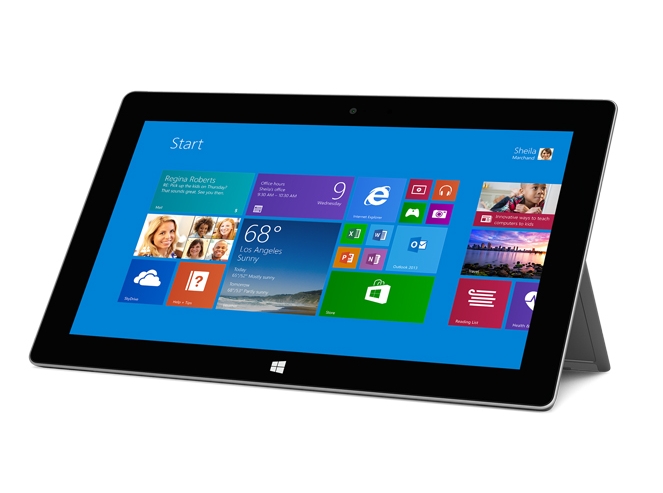