Ultrabooks are cool and thin, but usually underpowered notebooks due to Intel's precise set of guidelines. However, that did not stop LG from bending those guidelines and coming up with what we like to call an Ultrabook on steroids, the LG U560.

In case you are wondering, Intel's guideline for Chief River based Ultrabooks based on Ivy Bridge architecture stated that the height, or thickness, can be up to 18mm for 13.3-inch or smaller and up to 21mm for 14-inch and larger display notebooks. Of course, these guidelines include a bunch of other requirements like battery life, maximum resume from hibernation time, minimum storage performance and I/O requirements.

According to information from LG's Korean site, the new U560 will also feature yet to be specified Nvidia discrete graphics card, hybrid storage with SSD and HDD, as well as the optical drive, something that we have not seen on any Ultrabook.

The entire thing weighs in at 1.95kg, which is quite impressive for a 15.6-incher. Unfortunately, other details are still unknown as we wait for this one to be launched for the rest of the world. 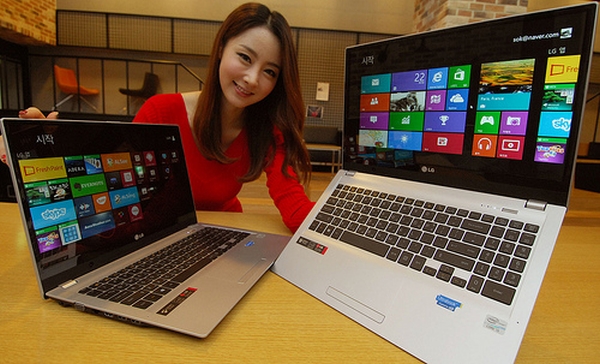 Last modified on 25 January 2013
Rate this item
(0 votes)
Tagged under
More in this category: « 145 million tablets to ship in 2013 Anti-iPad terrorists strike university »
back to top