We had a chance to meet Steve Belt, Vice president of Ultra-low power products at AMD and as you can imagine we talked about phones, tablets and other things to come.

Hondo is AMDs solution for the tablet conundrum and the convertible market. The chip is coming very soon, as you can imagine the idea is to have it around Windows 8 launch as it’s meant to run Windows 8 just fine. 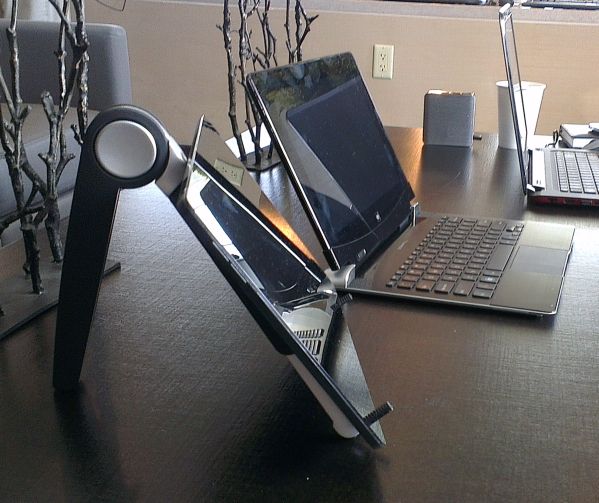 AMD talked Hondo back in February at its 2012 Financial Analyst Day and that time the company revealed a Z-series APU codenamed Hondo, based on one to two Bobcat cores, a capable of running with 4.5W of juice, which is considered Ultra low voltage and it has DirectX 11 capable GPU that will probably run benchmarks very well.

Steve wanted to pass on that AMD is committed to the tablet and convertible markets, but at this time AMD didn’t want to talk about phones. As AMD revealed back in February, the Temesh 28nm APU scheduled for 2013 that comes with two new Jaguar cores and GCN graphics that will probably get AMD to a better position. 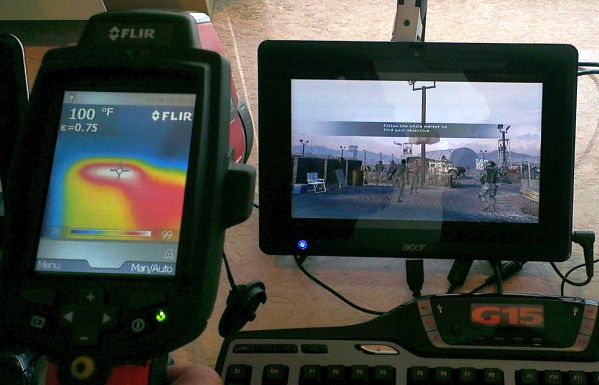 Even the old C-50 dual core with 1GHz clock and HD 6250 graphics is enough to run Windows 8 as we saw some demos and the future Z part that we know as Hondo will probably do even better. AMD was anxious to show us that its tablet can run Call of Duty 4 at an acceptable frame rate, around 30FPS, while an Intel Atom powered tablet was capable of running it at half the speed. The even more interesting fact was that Acer Z series APU powered tablet gets around 100 Fahrenheit (37.7 Celsius) at its hottest spot while Fujitsu tablet powered by Intel gets to 111 Fahrenheit (43.88 Celsius). 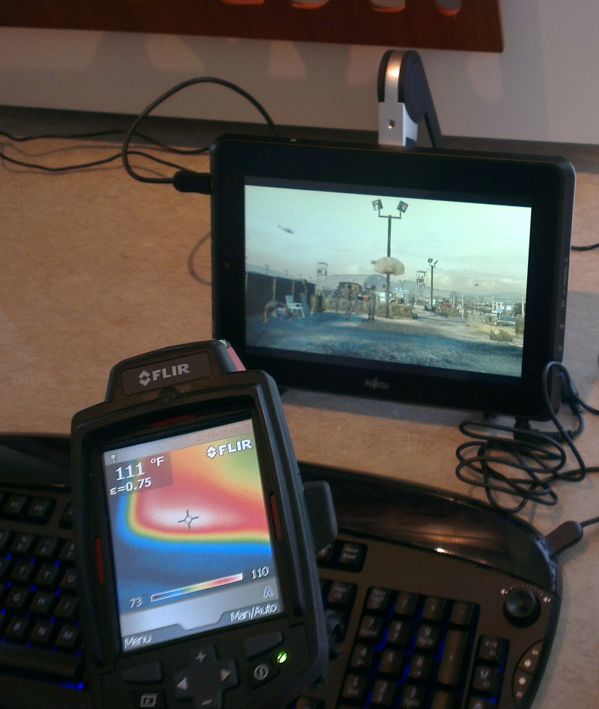 We still suspect that AMD 40nm parts might have at least slightly worse battery life compared to Intel offering but we were impressed that AMD tablet runs Windows just fine and that game looks quite well. The last picture is the mockup of a tablet that will come with future AMD Z series part codenamed Hondo as AMD wanted to demonstrate that in 11.6 inch form factor it can get really thin, probably among the thinnest tablets we ever seen.

Well it’s a start and it will get better with 28nm parts.

Rate this item
(0 votes)
Tagged under
More in this category: « Tegra 3 Windows RT drivers in good shape Intel shows us Clover Trail performance on a tablet »
back to top