Archos has announced their first gaming tablet, the GamePad. The GamePad is basically a 7-inch Android tablet that combines gaming controls with Android OS in order to, at least according to Archos, combine full tablet and gaming experience in one device.

Unfortunately, Archos did not reveal many details regarding the GamePad other than it will run a dual-core CPU clocked at 1.5GHz paired up with Mali 400MP quad-core GPU. As you can see from the picture below, Archos' Gamepad features dedicated D-Pad and two analog stick and, according to Archos, has automatic game recognition and mapping tools that should ensure additional control compatibility with every advanced Android game. Archos claims that GamePad already has support for over a thousand Android games, including those that originally did not include physical controls.

As far as we could tell, the GamePad will run on Android 4.x. Archos noted that GamePad idea came when Android 4.0 Ice Cream Sandwich was released with included game controller support.

According to details, the Archos GamePad should show up by the end of October with a price less than €150 (around US $200). 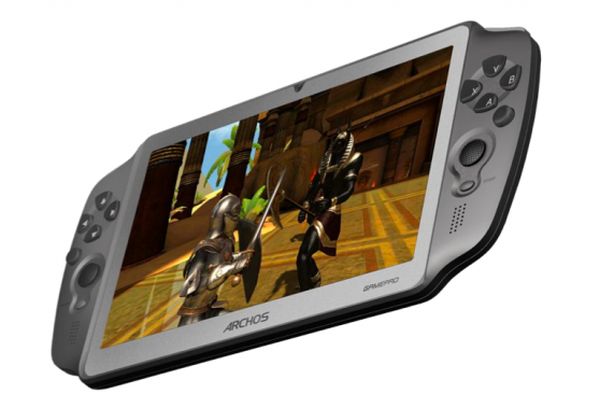 Last modified on 30 August 2012
Rate this item
(0 votes)
Tagged under
More in this category: « Asus shows its Windows 8 and RT tablets Asus raises tablet shipment targets »
back to top