Renames them to Vivo Tab and Vivo Tab RT


Asus took the opportunity at IFA 2012 show in Berlin to announce, or more like rename, its two Windows 8 and Windows RT tablets and squeeze them into new Vivo Tab series. The Asus Tablet 810 and Asus Tablet 600 that were previously seen at Computex will now be known as the Vivo Tab and Vivo Tab RT.

Despite the name change it appears that specification list has not changed so the Vivo Tab will still feature an 11.6-inch 1366x768 resolution Super IPS+ display and has a similar Transformer style design with a keyboard dock that turns it into notebook. The keyboard dock features a hidden hinge design that is apparently an upgrade from a standard Transformer design and includes a second battery as wel as a handful of ports. The Vivo Tab is still powered by Intel Atom CPU, 2GB of RAM, 64GB of flash storage, NFC-chip, support for 1024-level Wacom digitizer, has 8 megapixel rear and 2 megapixel front camera and will, of course, run on Windows 8 OS.

The Vivo Tab RT, as the name suggests, runs on the Windows RT OS. It still features 10.1-inch 1366x768 resolution Super IPS+ panel, Nvidia Tegra 3 chip, 2GB of memory, 32GB of storage space while the rest of the specs should be similar to the bigger Vivo Tab.

Unfortunately, Asus did not update any details regarding the availability or the actual price of these devices. 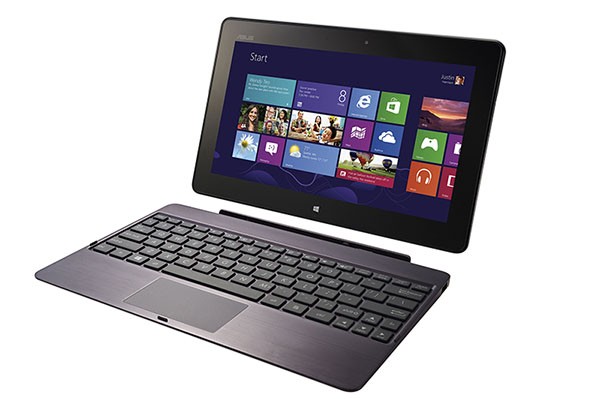