Will have to wait for Windows 8


Lenovo has now officially announced the earlier rumored Thinkpad branded Windows 8 tablet, but, of course, retail/e-tail shelves will not see it until Windows 8 officially launches in October.

The ThinkPad Tablet 2, as Lenovo decided to call it, features a 10.1-inch 1366x768 IPS display and runs on a still unknown version of Intel's 32nm Clover Trail Atom CPU. The rest of the specs include an 8-megapixel rear and 2-megapixel front camera, 802.11bgn WiFi, optional 3G/4G, NFC chip and micro-HDMI output on the tablet itself.

The ThinkPad Tablet 2 will also have a keyboard dock as well that adds three USB ports, HDMI output and Ethernet to the picture.

As noted, we are looking at a textbook example of a paper launch as the ThinkPad tablet has no chance to appear on the market before Microsoft's official Windows 8 launch on 26th of October.

Unfortunately, the price has not been announced. 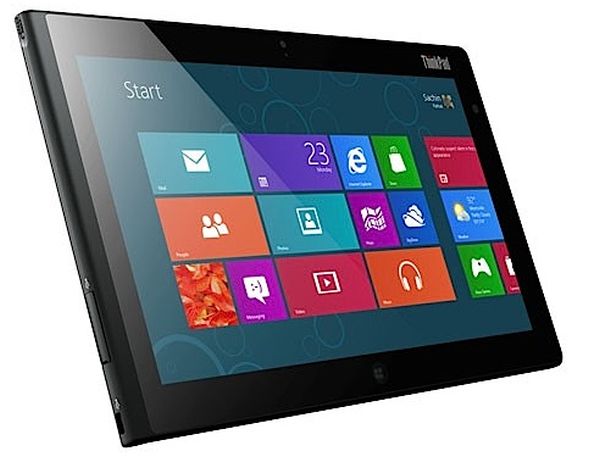