Following in the footsteps of the recently announced Galaxy Tab 2 7.0, Samsung has now unveiled its new Galaxy Tab 2 10.1 slate based on the same 10.1-inch PLS TFT touchsreen and 1GHz dual-core CPU seen in the Galaxy Tab 2 7.0.

As noted, the Galaxy Tab 2 10.1 features the same screen resolution 1280x800 PLS TFT touchscreen seen in the original Galaxy Tab 10.1 and packs 1GHz dual-core CPU, 1GB of memory and either 16 or 32GB of storage space expanded by microSD card slot. The rest of the known specs include a 3MP 1080p capable back camera and VGA one at the front, 802.11gbn Wi-Fi, Bluetooth 3.0, USB 2.0 Host, A-GPS, accelerometer, digital compass and light sensors, as well as a bit heavier 588g and thicker 9.7mm casing when compared to the orginal Galaxy Tab 10.1.

There is still no word regarding the price of any Galaxy Tab 2 model but Samsung did note that Galaxy Tab 2 10.1 will hit retail during March, at least in the UK.

Of course, Mobile World Congress 2012 is scheduled to hit its first day tomorrow so expect a lot of hands-on experiences and more details regarding any type of mobile devices. 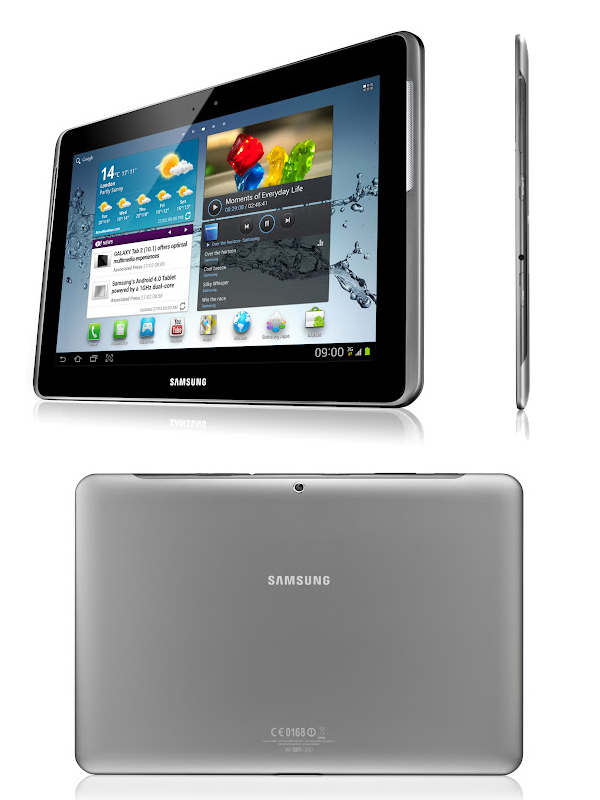