Brazos puts on a gray suit
Lenovo has launched its first Fusion powered ThinkPad, the X121e based on the E-350 APU.

The business oriented 11.6-incher features a traditionally understated design and it is the only Fusion notebook in its class with a matte WXGA screen. Lenovo included 4GB of memory and 320GB of storage in the mix, along with three USB ports, WLAN/Bluetooth, HDMI and a card reader. 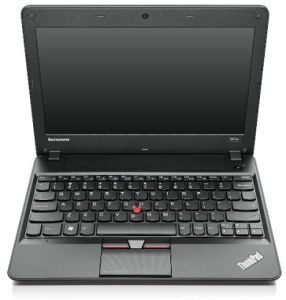 In addition to the multi-touch trackpad, it features ThinkPad’s trademark TrackPoint and a chiclet keyboard. It weighs 1.5kg with a 6-cell power pack and the asking price is €379, which sounds rather reasonable.

It seems like a very nice successor to the AMD Neo-based X100e, but it also has two minor downsides. No operating system is included in the price and it is still not available in retail.
Rate this item
(9 votes)
Tagged under
More in this category: « Sony VAIO Z delivers external AMD graphics Intel pushes Ultrabook concept along »
back to top