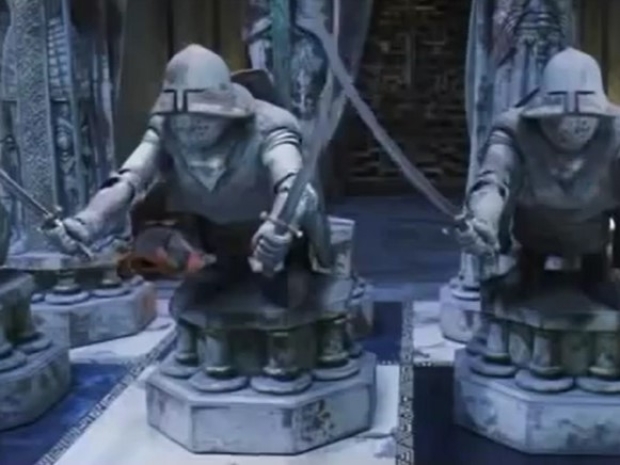 A chess-playing robot broke a child's finger during a tournament in Russia last week and the media and authorities were rather too quick to blame the child.

The robot grabbed the seven-year-old boy's finger because it was "confused by his overly-quick movements," Russian media outlets reported, quoting the President of the Moscow Chess Federation.  In otherwords, it was not glorious Russian programming that borked it was a seven year old kid who failed to obey the regime.

'The robot broke the child's finger - this, of course, is bad,' Sergey Lazarev told Russia's TASS news agency, while distancing his organisation from the robot.

The incident occurred at the Moscow Open on July 19. Lazarev said that the federation had rented the robot for the event, which ran from July 13 to 21.

Lazarev said that the machine had been hired for many previous events without incident, saying the boy went to move a piece too quickly after making a move.

Captured by a camera over the boy's shoulder, the video starts by showing the robot as it picks up a piece from the board and drops it into a box to the side - used to contain the discarded pieces from the game

As it does so, the young boy reaches to make his next move. However, the robot appears to mistake the boy's finger for a chess piece and grabs that instead, breaking his finger.

Sergey Smagin, vice-president of the Russian Chess Federation, went even further in blaming the boy.

'There are certain safety rules and the child, apparently, violated them. When he made his move, he did not realise he first had to wait,' The Guardian quoted Smagin as saying. 'This is an extremely rare case, the first I can recall.'

"The child made a move, and after that, we need to give time for the robot to answer, but the boy hurried, the robot grabbed him. We have nothing to do with the robot," Smagin said.

Smagin told RIA Novosti that the incident was a 'concidence' and said the robot is 'absolutely safe.'

Last modified on 25 July 2022
Rate this item
(2 votes)
Tagged under
More in this category: « Musk bonked Brin’s missus Netflix works a way around Apple's tax »
back to top