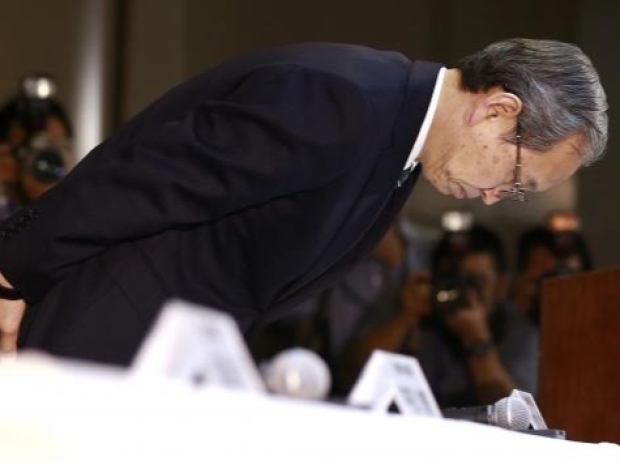 New interim CEO Taro Shimada said the company would continue its break-up plan as it had been approved by the board.

The scandal-ridden conglomerate decided to split into three in a move which was panned by foreign hedge fund shareholders who preferred Tosh was flogged to a finance firm. But a revised plan last month that called for a breakup into two companies and the sale of other businesses met with internal dissent.

Tosh executives feared that the planned sale its elevator business would leave the company only with low-margin businesses.

Toshiba said it firmly believes its announced reorganisation plan is the best option for the company.

However the exit of Tsunakawa and Mamoru Hatazawa, a board member who had pushed to split up the company makes such a plan look less likely

Shimada is a former Siemens executive who only joined in 2018, represents a significant changing of the guard at Toshiba.

The head of Toshiba's elevator business Goro Yanase is seeing his career go up. He will be appointed interim chief operating officer.

The board will monitor the performance of the new appointees and the status of business execution and "where appropriate, the board will continue its deliberations, toward appointing external candidates," it said in a statement.

The original break-up plan was announced last November after a five-month strategic review following years of accounting scandals and governance issues that undermined investor confidence and saw Toshiba's market value more than halve, to around $18 billion, from an early 2000s peak.

Last modified on 01 March 2022
Rate this item
(3 votes)
Tagged under
More in this category: « Lenovo releases new ThinkPads Intel rumoured to be dropping Optane »
back to top