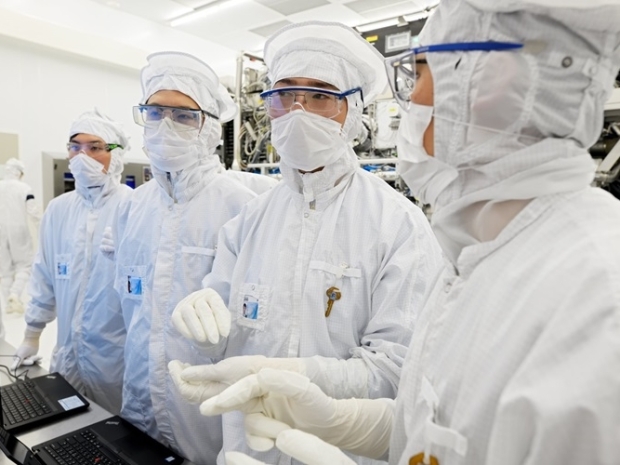 ASML forecast sales growth of 20 percent in 2022 despite a fire this month at its Berlin plant as the supplier to chipmakers on Wednesday reported better than expected fourth quarter profit.

Europe's largest technology company by market capitalisation said that the fire had damaged part of one building and caused smoke damage at a second.

Chief Executive Peter Wennink said "the expected impact of the fire in part of a building at our Berlin site is included" in the 2022 growth forecast.

"Based on our current insights, we believe we can manage the consequences of this fire without significant impact on our system output for 2022", Wennink said in a statement.

ASML is trying to expand production as its customers, which include TSMC , Samsung Intel , invest heavily in new capacity to try to ease a global semiconductor shortage.

The Dutch company said its fourth quarter net profit was 1.77 billion euro ($2 billion), higher than the 1.51 billion euro expected on average by analysts and up from 1.35 billion euro a year earlier, according to Refinitiv data.

The earnings improvement was the result of better than expected margins of 54.2%, as sales of 5 billion euros were slightly below analyst estimates of 5.1 billion euro.

ASML said it would continue to struggle to meet demand this year, and forecast first quarter sales of 3.3-3.5 billion euro.

The lower number comes amid some of its systems being shipped to customers before they have gone through final testing, which means two billion euro in extra revenue will be recognised in future quarters, it added.

Last modified on 19 January 2022
Rate this item
(1 Vote)
Tagged under
More in this category: « Intel builds crypto-mining chip UK to restrict marketing cryptoassets and other high-risk investments »
back to top