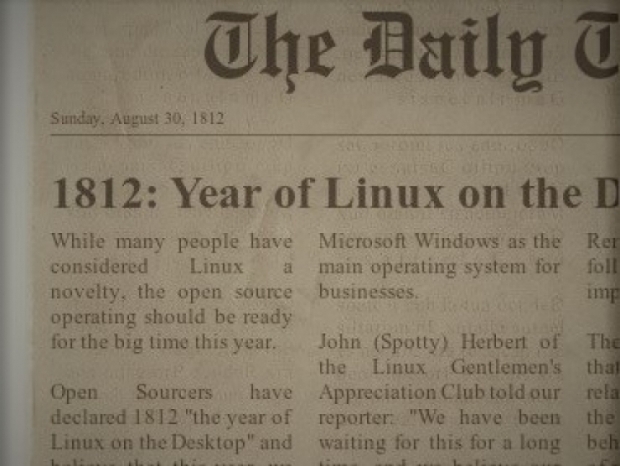 It has been the time of year again when Linux fanboys emerge from their dust-filled server rooms to declare that 2022 might be the year that their favourite operating system will replace Windows on the desktop.

TechRepublic said that there was no “denying the continued dominance of Linux in the enterprise space and the very slow (and subtle) growth of Linux on the desktop. And in just about every space (minus the smartphone arena), Linux made some serious gains."

Developer Tim Wells insisted that the idea of the year of the Linux desktop is that there would come a year that the free and open source operating system would reach a stage that the average user could install and use it on their pc without running into problems.

Linus Sebastian from Linus Tech Tips recently did an experiment where he installed Linux on his home PC for one month to see if he could use it not only for everyday tasks, but for gaming and also streaming.

Ultimately he concluded that this year will not be the year of the Linux desktop and that while doing everyday stuff was reasonably okay, the state of gaming on Linux made it a turkey.

Sebastian said that some games do indeed run well using Valve's Windows compatibility layer Proton, there are just as many that run with issues which causes games to bork.

In his video, Sebastian mentions that the main problem preventing the "year of the Linux desktop" is the fragmentation of the OS.

Last modified on 17 January 2022
Rate this item
(4 votes)
Tagged under
More in this category: « Ukraine government servers still packed with malware Microsoft to change sexual harassment policy »
back to top