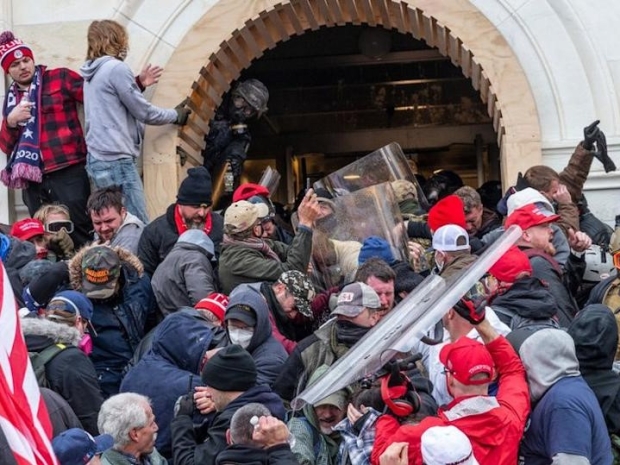 A failed coup against US democracy is now floundering in the courts after "Capitol Hill rioters" effectively sank their cases by bragging about their acts on social media.

After sentencing one of the "Capitol Hill rioters" to 41 months in prison, a judge added that anyone with Facebook and Instagram posts like his would be "well advised" to just plead guilty right away. "You couldn't have beat this if you went to trial on the evidence that I saw."

Earlier this month, US District Judge Amy Jackson read aloud some of Russell Peterson's posts about the riot before she sentenced the Pennsylvania man to 30 days imprisonment. "Overall I had fun lol," Peterson posted on Facebook. The judge told Peterson that his posts made it "extraordinarily difficult" for her to show him leniency.

Among the biggest takeaways so far from the Justice Department's prosecution of the insurrection is how large a role social media has played, with much of the most damning evidence coming from rioters' own words and videos.

FBI agents have identified scores of rioters from public posts and records subpoenaed from social media platforms. Prosecutors use the posts to build cases. Judge now are citing defendants' words and images as factors weighing in favour of tougher sentences.

More than 50 people have been sentenced for federal crimes related to the insurrection. In at least 28 of those cases, prosecutors factored a defendant's social media posts into their requests for stricter sentences.

To be fair, some of the rioters saw the writing on the wall and tried to destroy evidence by deleting their posts, because that always works.

Last modified on 13 December 2021
Rate this item
(9 votes)
Tagged under
More in this category: « Alder Lake starting to break into AMD’s market Blue Origin covers its safety issues with legal protection »
back to top