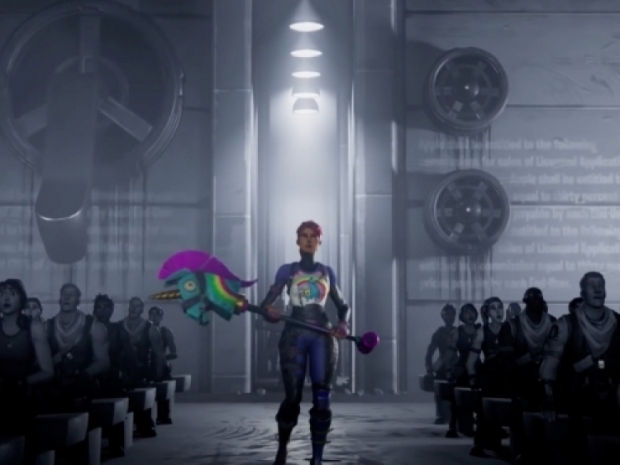 Epic Games, which dared to take on the fruity cargo cult Apple and its mighty briefs, is now being sued by Google.

Google is countersuing Epic for breach of contract in the way it operates on the Google App store.

The Tame Apple press insists that Epic signed contracts with Google and Apple, pledging to use the default payment systems for in-app purchases. As part of its push for more open payment systems, though (and to dodge each platform's 30 percent fee), Epic boldly pushed out updates to the Android and iOS apps that switched the payment processing from the platforms' in-app purchases to Epic's in-house system.

Google and Apple both allege this action was a breach of their app store contracts with Epic.

Following that ruling, Google wants its missing money, too, and now it's countersuing Epic, hoping for a similar ruling.

Google's suit reads, "Epic willfully breached the DDA [Developer Distribution Agreement] by submitting a version of Fortnite for publication on Google Play with a payment method other than Google Play Billing for purchases of in-app content. By doing this, Epic denied Google its service fee under the DDA for any purchases made through the app outside of Google Play Billing."

Google added: "The users that downloaded the non-compliant version of Fortnite before its removal from Google Play are still able to use Epic's hotfixed external payment mechanism to make in-app purchases -- allowing Epic to evade its contractually agreed service fee to Google for those purchases."

Google argues that "Epic has alternatively been unjustly enriched at Google's expense" and is seeking restitution of its missing earnings and damages.

The Apple court case is still on appeal so Google is probably jumping the gun a bit.

Last modified on 14 October 2021
Rate this item
(2 votes)
Tagged under
More in this category: « Cisco wants to copy Microsoft AMD chips suffer under Windows 11 »
back to top