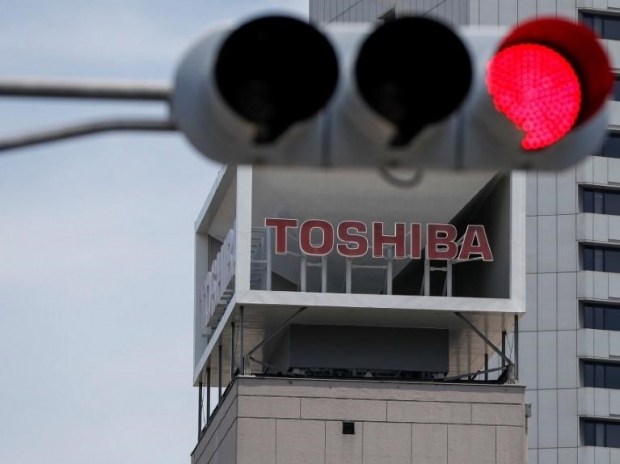 It is all someone else’s fault

Toshiba’s chairman of the board Osamu  Nagayama pushed back against investor calls for him to resign, blaming its former chief executive for a "confrontational stance" towards shareholders that helped pitch the Japanese company into crisis.

Last week an independent investigation revealed Tosh’s management colluded with the Japanese government to put pressure on foreign investors in what one shareholder has called the world's worst corporate scandal in a decade.

On Monday, Nagayama apologised at a news conference broadcast online and said there were lapses in governance but added he wanted to stay on and help reconstruct management at the conglomerate.

He blamed former CEO Nobuaki Kurumatani who he said had a  confrontational stance towards shareholders.

Nagayama also said Toshiba will hold an emergency general meeting to appoint new board members and wants to include two of its foreign directors among a planned four- or five-member committee that will conduct a strategic review.

3D Investment Partners, Toshiba's second-largest shareholder, on Sunday called for Nagayama and three other directors to resign following the revelations of the investigation.

The investigation marked an explosive turn in a long battle between the company's management and foreign shareholders. It detailed how management reached out to Japan's powerful trade ministry and asked it to lean on shareholders, including Harvard University's endowment fund, so they would back management plans.

Toshiba said it would change its board director nominees for an upcoming shareholder meeting, as two of them are stepping down.

Last modified on 14 June 2021
Rate this item
(1 Vote)
Tagged under
More in this category: « Apple pays millions to make sex tape go away G7 asks Russia to reign in ransomware attacks »
back to top