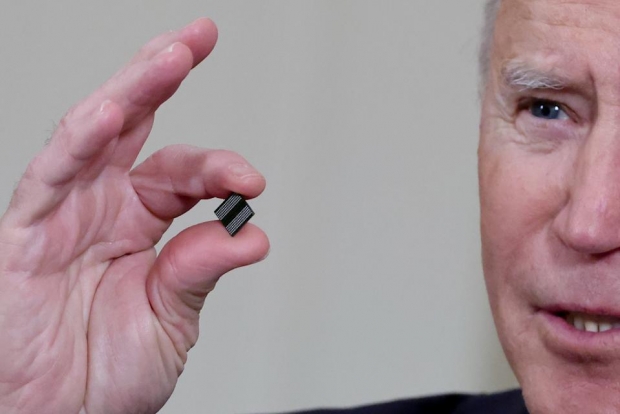 A group of US senators are close to unveiling a $52-billion proposal that would significantly boost US semiconductor chip production and research over five years.

Senators Mark Kelly, John Cornyn, Mark Warner and Tom Cotton have been negotiating a compromise measure to address the issue in the face of rising Chinese semiconductor production and shortages impacting automakers and other US industries.

A spokesman for Cornyn said the senator has "not signed on to a semiconductor amendment".

Sources said there remains at least one sticking point over whether to include a provision on labour rates.

The chips funding is expected to be included in a bill the Senate will take up next week to spend more than $110 billion on the basic US and advanced technology research to better compete with China.

The proposal includes $49.5 billion in emergency supplemental appropriations to fund the chip provisions that were included in this year's National Defense Authorization Act, but which require a separate process to garner funding, according to a draft summary seen by Reuters.

Democratic Leader Senator Chuck Schumer, also involved in the talks, said Thursday the Senate will take up the technology bill known as the Endless Frontier Act next week in a package of legislation that would include efforts to "invest in the American semiconductor industry, ensure that China pays a price for its predatory actions, and boost advanced manufacturing, innovation, and critical supply chains".

"There is an urgent need for our economic and national security to providing funding to swiftly implement these critical programs. The Chinese Communist Party is aggressively investing over $150 billion in semiconductor manufacturing so they can control this key technology," the summary says.

The measure would "support the rapid implementation of the semiconductor provisions" in the defence bill.

The draft summary says it would include $39 billion in production and R&D incentives and $10.5 billion to implement programs including the National Semiconductor Technology Center, National Advanced Packaging Manufacturing Programme, and other R&D programs.

Last modified on 17 May 2021
Rate this item
(2 votes)
Tagged under
More in this category: « Most anti-vax propaganda comes from 12 people Chaos Monkey writer claims he was fired »
back to top