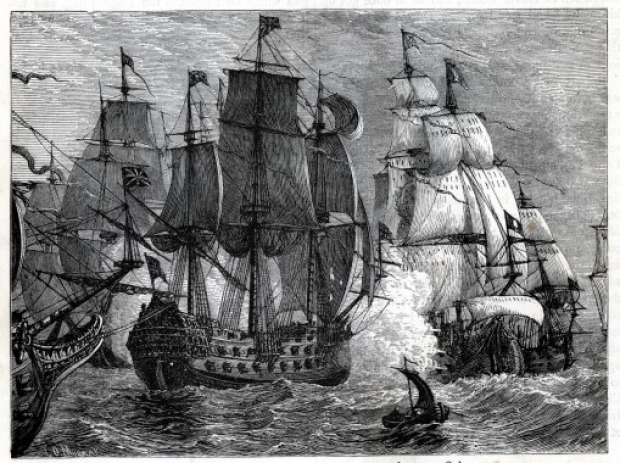 Chains didn't do the British much good against the Dutch navy

Disney added a new anti-piracy patent to its arsenal: a blockchain-based distribution system that aims to make it harder for pirates to intercept films being distributed to movie theatres.

This is a vulnerable process where pirates with the right connections can make copies during or after delivery.

There are already several security mechanisms in place to prevent leaks from happening.

Theatres must adhere to strict rules, for example, and movies are all watermarked. Nevertheless, Disney believes that this isn't sufficient to stop pirates.

"Such security mechanisms are often reactive rather than preventative. For example, watermarking configurations insert a watermark into content to track piracy after the piracy has already occurred. As a result, current configurations do not prevent piracy", the company explains.

Disney argues that by implementing a secure blockchain-based system, the distribution process can be more tightly controlled. Among other things, it will make it impossible for a movie to be played before it arrives at the intended location.

The system can also be configured with other anti-piracy features. For example, it can track the number of times a movie is played to prevent bad actors from showing it more often than they should.

"Further, the blockchain configuration has an automated auditing mechanism that tracks playback of the content at the destination to ensure that the quantity of playbacks is accurately recorded. Piracy by the intended recipient, in the form of a greater quantity of actual playbacks than reported playbacks, is prevented."

While Disney regularly refers to movie theatres and projectors, it states explicitly that the patent also applies to other 'playback environments', which means that when Disney content is sent to other streaming providers, they will need the proper credentials to play the content.

Last modified on 14 May 2021
Rate this item
(0 votes)
Tagged under
More in this category: « Germans produce an EV motor with no magnet US republicans wants legal curbs on "fact-checkers" »
back to top