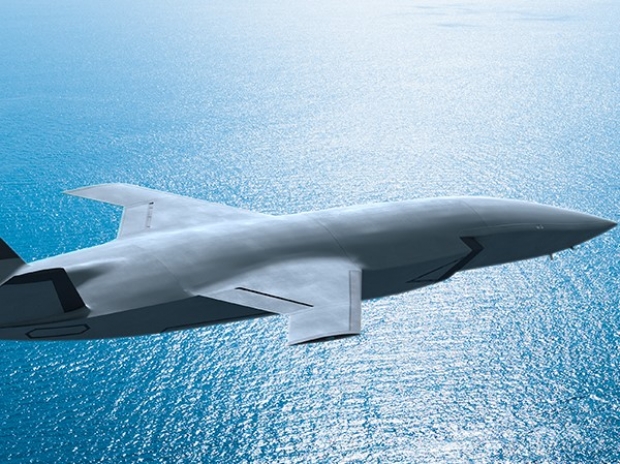 A 737 MAX with the windows open

Boeing will use a pilotless, fighter-like jet developed in Australia as the basis for its US Air Force Skyborg prototype.

The “Loyal Wingman”, the first military aircraft to be designed and manufactured in Australia in more than 50 years, made its first flight on Saturday under the supervision of a Boeing test pilot monitoring it from a ground control station in South Australia.

Boeing’s Loyal Wingman is 38 feet long (11.6 metres), has a 2,000 nautical mile (3,704 km) range and a nose that can be outfitted with various payloads. The plane can also carry weapons and act as a shield to help protect more expensive manned fighter jets.

The US Air Force in December awarded multi-million dollar contracts to Boeing, General Atomics Aeronautical Systems and Kratos Defense and Security Solutions to produce unmanned aerial prototypes that can team with crewed jets.

Boeing airpower teaming programme director Shane Arnott told reporters: “Obviously the US market is a big market. That is a focus for us, achieving some sort of contract or programme of record in the United States.”

The Australian government said on Tuesday it would invest a further A$115 million ($89 million) to acquire three more Loyal Wingman aircraft for the Royal Australian Air Force (RAAF) to develop tactics for using the jets with crewed planes, on top of its initial investment of A$40 million.

RAAF Air-Vice Marshal and head of air force capability Cath Roberts said: “Our aim with Boeing is to understand how we can get these aircraft to team with our existing aircraft to be a force multiplier in the future.”

During the test flight in Australia, the Loyal Wingman took off under its own power before flying a pre-determined route at different speeds and altitudes to verify its functionality and demonstrate the performance of the design.

Arnott said that three Loyal Wingman aircraft would be used for teaming flights this year and that the Australian government’s order would take the number available to six.

Last modified on 02 March 2021
Rate this item
(1 Vote)
Tagged under
More in this category: « Spectre gets weaponised UK computer modelling slammed »
back to top