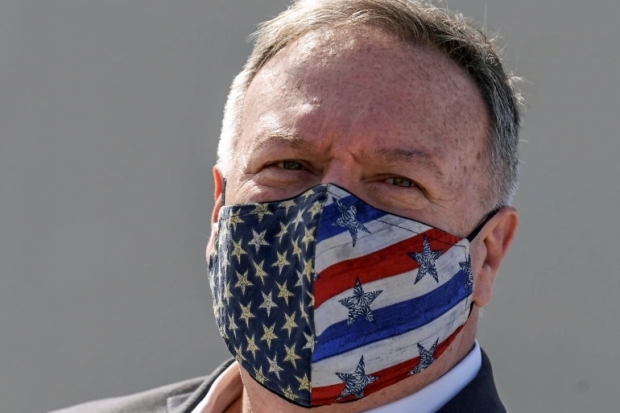 Pope tells him to go forth and multiply

US Secretary of State Mike Pompeo has been warning Italians over the yellow peril and claiming that Chinese mobile telecoms technology are a threat to Italy’s national security and the privacy of its citizens.

He had a joint news conference with Foreign Minister Luigi Di Maio where he told the assembled press that he had a long conversation about the United States’ concerns at the Chinese Communist Party trying to leverage its economic presence in Italy to serve its own strategic purpose.

“The United States also urges the Italian government to consider carefully the risks to its national security and the privacy of its citizens presented by technology companies with ties to the Chinese Communist Party.”

Note he used the word Communist Party twice in the statement. Italy has had less trouble with communists but rather more with fascists, who were not mentioned.

Di Maio said the Italians were aware of US concerns over Chinese 5G technology, and “fully realise the responsibility faced by every country when dealing with security”.

If you read between the lines in that statement it is basically saying “Italians are not stupid”.

Pompeo had even less luck trying to convince the Pope that it was a good idea to hate Chinese. In fact the Vatican refused to meet with him. The Pope’s office said that Pompeo was trying to drag Roman Catholics into the US election and should sort out its issues with the Chinese.

US attention has focused particularly on Huawei Technologies, the world’s biggest telecoms equipment maker. Washington has told its European allies the Chinese firm poses a security threat and has yet to provide any proof.

The head of its Italian unit said it was ready for any scrutiny to show that its technology was safe.

“We will open our insides, we are available to be vivisected to respond to all of this political pressure”, Luigi De Vecchis told a conference in Rome.

While some US allies, such as Britain, have announced bans on Huawei equipment in future telecoms infrastructure, Italy has so far declined to do so. However, the company was recently excluded from one major tender and a senior government official has told Reuters the state was ready to impose tougher rules in deals involving the Chinese firm.

Last modified on 01 October 2020
Rate this item
(3 votes)
Tagged under
More in this category: « Belarus software experts fleeing the country Microsoft working on ARM based 64-bit apps »
back to top