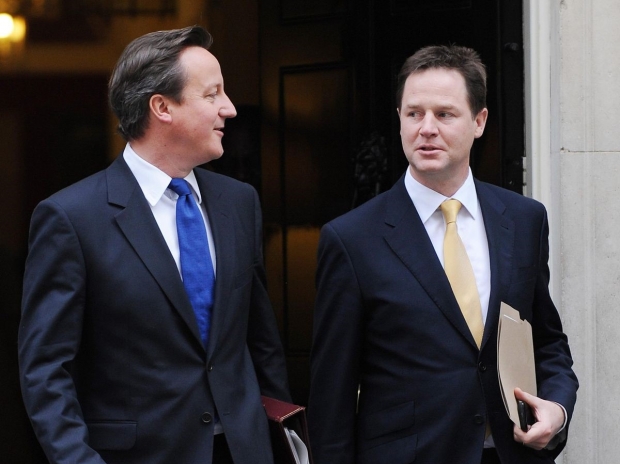 The former UK Liberal Democrat leader Sir Nick Clegg (right), who has now become a PR person for Facebook, is putting his best foot forward to defend Facebook now that it is suffering from an advertising boycott.

Facebook’s Boss Mark Zuckerberg has refused to fact check Donald Trump’s posts even when they breach the company’s terms and conditions and quote racist coppers threatening to shoot black protestors.

Sir Nick, who sent his party in the wilderness by propping up a hugely unpopular Tory Party in a coalition and being the spokesman for its austerity programme, took a job at Facebook when that all fell through.

In an open letter Sir Nick said the tech giant understands many critics are angry about the president’s ‘inflammatory rhetoric’.

“When content falls short of being classified as hate speech – or of our other policies aimed at preventing harm or voter suppression – we err on the side of free expression because, ultimately, the best way to counter hurtful, divisive, offensive speech, is more speech”, he said.

“With so much content posted every day, rooting out the hate is like looking for a needle in a haystack.”

Of course Trump’s posts tend to stick out a mile and are often retweeted so it is hard to see how they could be missed.

Several reports claim that Facebook executives have held crisis talks with marketing and advertising agencies in a bid to ease concerns. Facebook says it has spent billions of dollars each year in people and technology to keep the platform safe, tripling its safety and security workforce to more than 35,000.

Sir Nick – who joined Facebook as its head of communications in 2018 – announced that on Friday every Facebook user of voting age in the US will be given information displayed on the top of their News Feed on how to register to vote, arguing that “the only way to hold the powerful to account is ultimately through the ballot box”.

Which is ironic for all those who voted Liberal Democrat in the hope of ending Tory party austerity.

However, Sir Nick said: “I want to be unambiguous: Facebook does not profit from hate. We may never be able to prevent hate from appearing on Facebook entirely, but we are getting better at stopping it all the time.’

Last modified on 02 July 2020
Rate this item
(0 votes)
Tagged under
More in this category: « Huawei and ZTE "national security threats" to the United States New Mac ransomware is super smug »
back to top