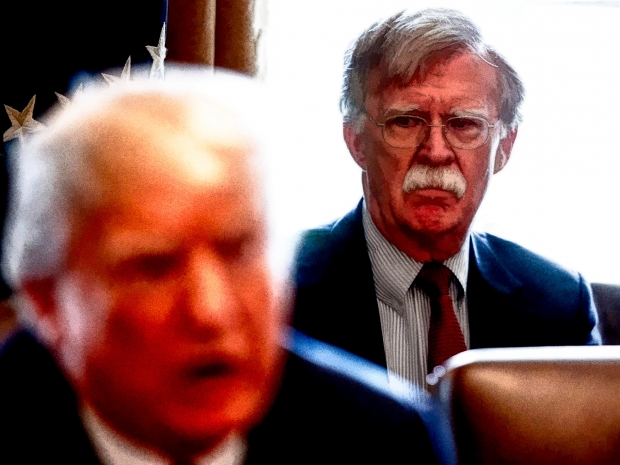 President Donald (will you look at my bible) Trump offered to bin all the allegations against Huawei if China signed a trade deal with the US and helped him get elected in 2020.

John Bolton, a former US ambassador to the UN and who served as national security adviser from April 2018 to September 2019, writing for the Wall Street Journal, said that Trump was prepared to overlook security concerns that some advisors had about Chinese telecommunications firms Huawei and ZTE.

The most important goal for Chinese "companies" like Huawei and ZTE is to infiltrate telecommunications and information-technology systems, notably 5G, and subject them to Chinese control, though both companies, of course, dispute the US characterisation of their activities, he wrote.

Trump, by contrast, saw this not as a policy issue to be resolved but as an opportunity to make personal gestures to Xi. In 2018, for example, he reversed penalties that Ross and the Commerce Department had imposed on ZTE. In 2019, he offered to reverse criminal prosecution against Huawei if it would help in the trade deal -- which, of course, was primarily about getting Trump re-elected in 2020.

"These and innumerable other similar conversations with Trump formed a pattern of fundamentally unacceptable behavior that eroded the very legitimacy of the presidency", Bolton wrote.

In the midst of talks about trade, Trump “turned the conversation to the coming US presidential election, alluding to China’s economic capability to affect the ongoing campaigns, pleading with Xi to ensure he’d win”, Bolton writes. “I would print Trump’s exact words, but the government’s prepublication review process has decided otherwise.”

Last modified on 18 June 2020
Rate this item
(5 votes)
Tagged under
More in this category: « Zoom will offer end-to-end encryption for video calls Open Technology Fund could be allocated to proprietary tech »
back to top