Trump looking at ways to get chip factories in US 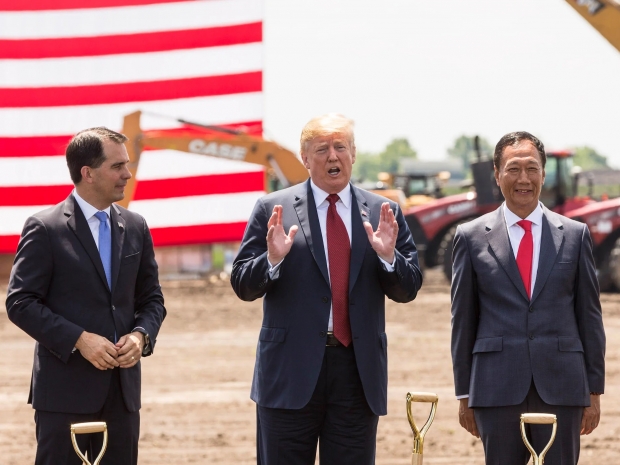 Chatting to Intel and TSMC

US President Donald “inject bleach to kill viruses” Trump is having another stab at getting the big chip makers to set up fabs in the US.

According to the Wall Street Journal, he has some interest from the semiconductor companies who are getting worried about reliance on Asia as a source of critical technology. Although that does sound like a mantra from Trump’s "blame China for everything" hymn book, Intel has agreed.

Greg Slater, Intel's vice president of policy and technical affairs said Chipzilla was “very serious about this".  Slater said Intel's plan would be to operate a plant that could provide advanced chips securely for both the government and other customers.

Trump officials say he is concerned about reliance on Taiwan, the self-governing island China claims as its own.  Trump's cunning plan is to get Intel and TSMC to shift operations to the US. It is unclear why this policy wouldaeffect Intel as it tends to make most of its chips in Israel which is about as far from Taiwan as you can get.

We assume that would mean giving Intel and TSMC huge amounts of tax concessions and sweeteners – a policy which did not work very well when Trump supported its use for Foxconn in Wisconsin. Foxconn since scaled down its factory plans.

Last modified on 12 May 2020
Rate this item
(8 votes)
Tagged under
More in this category: « Musk breaks the law Logitech sees sales increase »
back to top