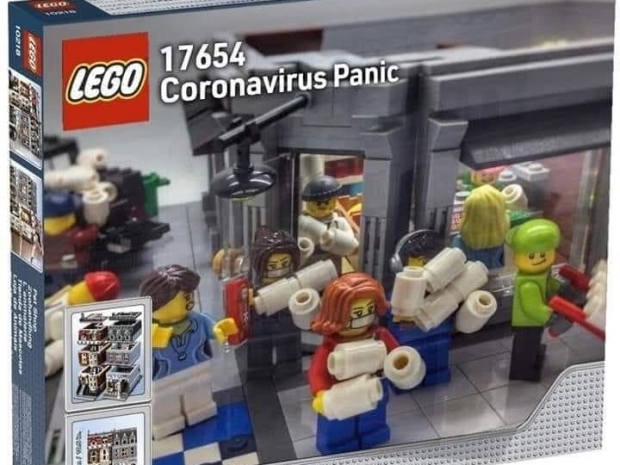 With more employees working from home to help slow the spread of the coronavirus, demand is surging for laptops and network peripherals as well as components along the supply chain such as chips, as companies rush to build virtual offices.

Some firms are anticipating a drop in consumer demand and economic slump, but performance at electronics retailers and chipmakers is hinting at benefits from the shift in work culture.

Over the past month, governments and companies globally have been advising people to stay safe indoors. Over roughly the same period, South Korea - home of the world’s biggest memory chip maker, Samsung Electronics - on Monday reported a 20 percent jump in semiconductor exports.

Analyst Park Sung-soon at Cape Investment & Securities said: “With more people working and learning from home during the outbreak, there has been rising demand for internet services ... meaning data centers need bigger pipes to carry the traffic.”

A South Korean trade ministry official told Reuters that cloud computing has boosted sales of server chips, “while an increase in telecommuting in the United States and China has also been a main driver of huge server demand”.

Canalys analyst Yih Khai Wong said: “Cloud companies opened their platforms, allowing new and existing customers to use more resources for free to help maintain operations. This set the precedent for technology companies around the world that offer cloud-based services in their response to helping organisations affected by coronavirus.”

UBS last week forecast average contract prices of DRAM chips to rise as much as 10 percent in the second quarter from the first, led by a more than 20 percent jump in server chips.

It said it expects DRAM chips to be modestly under supplied until the third quarter of 2021, with demand from server customers rising 31 percent in 2020 and 2021.

Concerns over supply disruption has also contributed to a price rise.

Half of those polled expected business to normalise by July, and three-quarters thought that October was more likely.

Last modified on 23 March 2020
Rate this item
(0 votes)
Tagged under
More in this category: « Chipzilla not going the way of bog paper Amazon stops shipping non-essential products to Italy and France »
back to top