Paypal didn't fix a bug which could drain users accounts 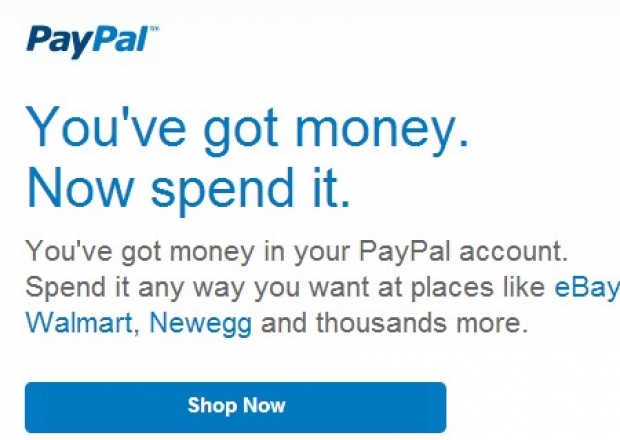 CyberNews analysts first privately alerted PayPal to six vulnerabilities in the first half of January through its bug-reporting system.  Three were fixed, but the most serious three are still unfixed – with PayPal denying that two are its responsibility to tackle.

Bernard Meyer, the Senior Researcher at CyberNews who undertook the research, said: “We are making these vulnerabilities public to warn its 305 million account holders and compel PayPal to fix them before hackers exploit these security flaws.  There is no reason why this cannot be done almost immediately given the size of their resources.

“If you read its blurb, you will think that PayPal gives a lot of money to ethical hackers that find bugs.  For instance, in 2018 PayPal announced a maximum bug bounty of $30,000 – a pretty nice sum.

“But the reality is somewhat different. For instance, when our analysts discovered six vulnerabilities in PayPal that put its millions of users’ money at risk, we were met with unresponsive staff, vague responses and often denial.

“When we pushed, its team then removed points from our Reputation score, relegating our profiles on its system to a suspicious, spammy level. This happened even though issues we raised were subsequently patched: although we received no bounty, credit, nor even thanks. Instead, we were worse off than if we hadn’t said anything!  Nor we the only ethical hackers to experience this.”

Bernard said: “It is well known that PayPal users’ access details - their email address and passwords - are widely available on the internet’s Dark Web.  Often it is because people ignore advice and use the same password for various websites, and sometimes because their computer is infected with keystroke malware that detects valuable passwords.

“Because of this PayPal and other sites such as Amazon and banks use two-factor authentication so if an important change is made to the account this is double-checked, for instance through a security code being texted to the user’s mobile phone.

“We alerted it last month that this double-check can currently be bypassed in PayPal, rendering it ineffective to any hacker who gains a person’s email and PayPal password – which are sadly available right now on the Dark Web for as little as $1.50 {£1.16} each.  Sadly, its response to us was to say it wasn’t an issue for them to rectify.”

Bernard added: “Our expectation is that PayPal will quickly fix these problems now we are shining a light on them.

“Your best defence is to have a unique password for PayPal and to have up-to-date paid for, not free, anti-virus software.  Note that even Android smartphones can pick up viruses.

“If still concerned, PayPal account holders, which number over 305 million worldwide, should consider getting a “virtual credit card” (VCC).  These are well-established and allow you to spend online while protecting your card details, even if hackers get into your account.  Most banks and card-providers provide these.  Also there are multiple services, such as privacy.com, that protect your card details and also allow you to set caps on how much can be purchased from different vendors.

“Keeping a one-time use VCC for payments, or turning it off after your shopping spree is completed, prevents hackers from accessing your funds even if they get into your PayPal account.

“Besides that, we recommend people should never hold any balance in PayPal or any other payment system, except for your bank. This is because scammers target users even with very small amounts on their PayPal account.  If you don't have money in your PayPal account, hackers won't have any motivation to target you and will move onto someone else.

“Finally, make sure you don't link your cards as, if your PayPal account is accessed, then a scammer can top it up and get their hands on the money from you bank or credit card.”

The vulnerabilities identified by CyberNews (that are still a threat to users):

Last modified on 19 February 2020
Rate this item
(5 votes)
Tagged under
More in this category: « Huawei alleged to have stolen Cisco source code Dell flogs RSA »
back to top