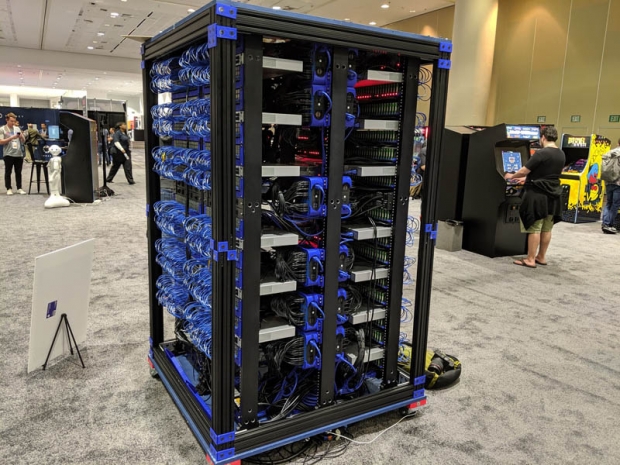 Oracle's OpenWorld convention saw the outfit showing off a Raspberry Pi Supercomputer that combines 1,060 Raspberry Pis into one cluster.

Oracle's Autonomous Linux controls the supercomputer which features scores of racks with 21 Raspberry Pi 3 B+ boards.

There was very little point. Raspberry Pi clusters don't pull out much in the way of performance, and Oracle is not likely to make it into a commercial product, but Oracle was stressing the coolness of what you can do with a $35 computer.

Oracle said that it could have used a virtualised Arm server rather than creating a cluster of Raspberry Pis but "big clusters are cool."

Every unit connects to a single Supermicro 1U Xeon server, which functions as a central storage server for the supercomputer. Oracle built 3D printed brackets to help support everything.