US buys IBM’s supercomputer in a box 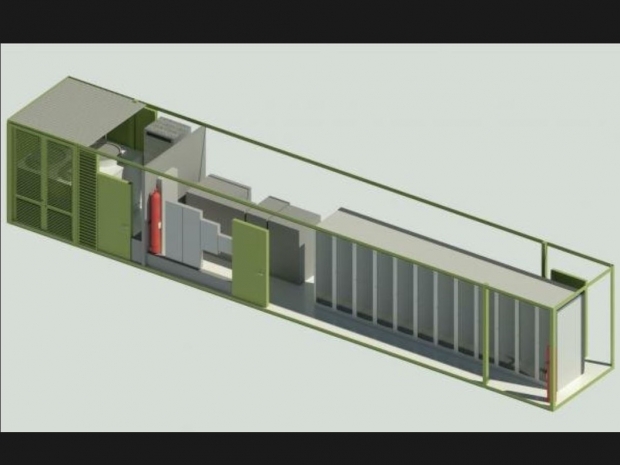 With an uninterruptible power supply

The US Army has written a cheque for a  $12 million supercomputer which is housed in a shipping container with on-board uninterruptible power supply, chilled water cooling, and fire suppression systems.

Huntsville Centre Information Technology Systems Division chief Sally Parsons said: "We here at Huntsville Center will never know exactly the solutions this unique tool will provide in the field, but I am quite confident that our work will result in both lives saved and problems avoided."

The supercomputer is capable of six petaflops of single-precision performance; the system consists of  22 nodes for machine learning training workloads, each with two IBM Power9 processors, 512GB of system memory, eight Nvidia V100 GPUs with 32GB of high-bandwidth memory, and 15TB of local solid-state storage.

It has 128 nodes for inferencing workloads, each with two IBM Power9 processors, 256GB of system memory, four Nvidia T4 GPUs with 16GB of high-bandwidth memory, and 4TB of local solid state storage

There are three solid-state parallel file systems, totaling 1.3 PB and a 100 Gigabit per second InfiniBand network, as well as dual 10 gigabit Ethernet networks

"The system brings a significant capability to support militarily significant use-cases that were not possible with supercomputers installed in fixed facilities", the DoD said.

The HPC-in-a-Container is designed to be deployable to the tactical edge; with deployment opportunities to remote locations "currently being explored and evaluated".

It is unlikely that the system would be deployed on a battlefield itself, but could be placed near to the theatre of war perhaps on one of the hundreds of US military bases.

Earlier this year, DoD's chief information officer, Dana Deasy said the idea helps fix one of the problems that traditional computing has with the warfighter sitting out on the tactical edge, and its cloud somewhere else.

“Now imagine a world where we can take that compute power with new applications on top of it, and put the cloud right into the hands of the tactical fighter on the edge. That’s why the cloud is so important to us."

Last modified on 05 August 2019
Rate this item
(4 votes)
Tagged under
More in this category: « New York Times seems to be supporting Facebook US military spying on people using balloons »
back to top