BT out on a limb over Italian Job 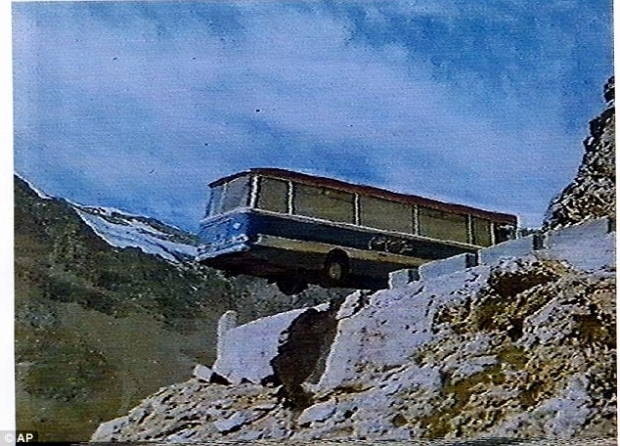 It was only supposed to blow the bloody doors off

Inspector Mario of the Milan Yard is investigating accounting fraud inside British Telecom’s Italian unit and found more evidence of the involvement of senior executives in artificially inflating the division’s financial performance.

Emails seized by the police show for the first time why Italian prosecutors allege that top BT employees were at the heart of the problem, contrary to the company’s assertions that managers at the head office knew nothing about misconduct.

Italy’s financial police said in a 353-page report: “A series of emails between the top financial executives of BT Plc and managers of the (Italian) unit point to the existence of ‘insistent’ requests by the leadership of the parent company aimed at achieving ambitious economic targets, even using aggressive, anomalous and knowingly wrong accounting practices.”

The report has not been made public, and its contents have not previously been reported.

Among the papers were emails from Brian More O’Ferrall, currently finance director at BT Wholesale, the company’s business-to-business division, in which he asks colleagues in Italy to find ways of adjusting their accounts to boost profits.

At the time, O’Ferrall was a chief financial officer (CFO) for BT Europe, the European part of Global Services, one of the company’s most prominent businesses.

The scandal required the company to take a 530-million-pound charge in early 2017.  BT blamed former executives in Italy for the bookkeeping irregularities, saying they had kept their bosses in London in the dark about what was going on. It played to prejudice that Italians were all corrupt and went behind the British backs to make more money.

In a complaint filed in April 2017 with Milan prosecutors against the conduct of its former managers, BT said the company itself was a victim of any fraud found to have taken place.

Now the Italians have named three top BT executives among an expanded list of 23 suspects allegedly involved in the debacle,

Prosecutors are not investigating O’Ferrall because he was not on BT Italy’s board and did not sign off on the division’s accounts in the four years, 2013-2016, under scrutiny, according to a source familiar with the probe.

O’Ferrall was appointed the chairman of BT Italy in February 2017, taking up the post after an internal investigation was launched into the unit’s bookkeeping. He stepped down from that role in November 2018.

Alvarez and Cameron were respectively the former chief executive and former chief financial officer of BT Global Services, and Sciolla was the former head of continental Europe for BT. The three men, two of whom were based in London, left the company in 2017.

Allegations of fraudulent bookkeeping are part of a range of suspected wrongdoing at BT Italy. Italian prosecutors allege that a network of people at the unit exaggerated revenues, faked contract renewals and invoices and invented bogus supplier transactions to meet bonus targets and disguise the unit’s true financial performance.

The company has publicly disclosed that it uncovered a complex set of improper sales, leasing transactions and factoring at the division. Factoring is a way in which firms sell future income to financiers for cash.

Several BT shareholders have filed a class-action lawsuit in the United States alleging the group misled investors and failed to disclose the financial irregularities promptly. BT has moved to have the case dismissed.

Italy’s financial police found an email dated 5 August 2016, from O’Ferrall in which he says that Cameron wanted operating profit to increase by 700,000 euros and suggests to Luca Sebastiani, then CFO at BT Italy, along with other colleagues across Europe, that they capitalise labour costs as a solution.

“All, I have an urgent request from Richard to find another €700K,” O’Ferrall wrote to Sebastiani and his counterparts in Germany, Benelux, France, Spain, Hungary as well as Simon Whittle, then finance manager, reporting and consolidation, at Global Services Europe.

“Please, can you look at all opportunities and come back to Simon and me asap. Labour capitalization? Regards Brian,” says the email, whose subject line reads “Another €700K EBITDA needed in [July].”

Sebastiani’s lawyers, Giammarco Brenelli and Federico Riboldi, told Reuters the email was significant because “along with many others, it shows the constant and unrelenting pressure the parent company was putting on European subsidiaries with regards to accounting policies.”

Sebastiani is among the 23 suspects in the case.

In another email, dated April 8, 2016, and sent to Sebastiani’s predecessor Alessandro Clerici and Rosa Ronda Andres, CFO for BT Global Services in Spain, O’Ferrall says he has received a request “to find another €1 million of capitalisation for 15/16.

Clerici and Andres did not comply with the request, according to a source familiar with the matter. Clerici declined to comment. He is among the 23 suspects in the case.

Britain’s Serious Fraud Office (SFO) which investigates and prosecutes complex and often multinational fraud and corruption, declined to comment on whether it was investigating BT.

Britain’s accounting regulator, the Financial Reporting Council (FRC), said it was continuing to investigate PricewaterhouseCoopers’ (PwC) audits of BT from 2015 to 2017. BT dropped PwC as its auditor in 2017.

Last modified on 23 April 2019
Rate this item
(0 votes)
More in this category: « US government crushes telco competition Huawei builds 5G for automotive industry »
back to top