How Assange faked a murder conspiracy 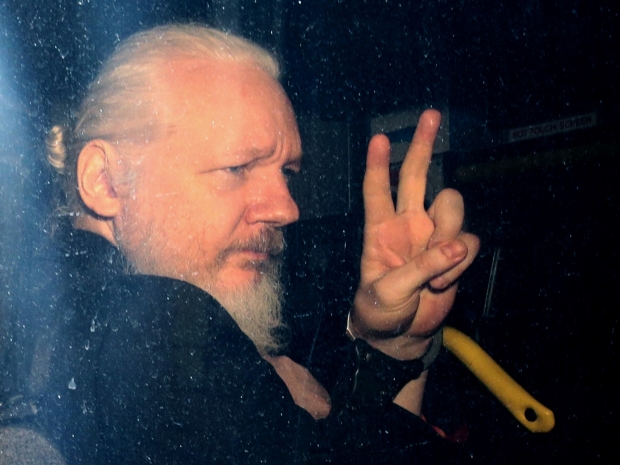 Wikileaks Julian Assange faked a murder conspiracy of a Democratic National Committee staffer to hide the fact that he had been getting documents from Russian spooks.

Special Counsel Robert Mueller said in his report that Assange lied about the fact that the Democratic National Committee emails came from Russia and instead tried to pin it on Seth Rich - a DNC staffer who died after a robbery went wrong.

In his final report on Russia’s role in the 2016 presidential election Mueller said that after the US intelligence community officially announced its assessment that Russia was behind the hacking operation, Assange continued to deny that the Clinton materials released by WikiLeaks had come from Russian hacking.

Assange spun a myth telling a US congressman that the DNC hack was an ‘inside job’ and claimed to have ‘physical proof’ that Russians did not give him the materials.

Assange’s involvement in Russia’s election interference began with a June 14, 2016 direct message to WikiLeaks’ Twitter account from “DC Leaks”, one of the false fronts created by the Russians to launder their hacked material.

“You announced your organisation was preparing to publish more Hillary's emails”, the message read, according to Mueller’s report. “We are ready to support you. We have some sensitive information too her financial documents. Let's do it together. What do you think about publishing our info at the same moment? Thank you.”

A week later, WikiLeaks reached out to another GRU operative Guccifer 2.0 to pitch WikiLeaks as the best outlet for the hacked material. On July 14, 2016, GRU officers used a Guccifer 2.0 email address to send WikiLeaks an encrypted one-gigabyte file named “wk dnc link I .txt.gpg.” Assange confirmed receipt, and on July 22 he published 20,000 DNC emails stolen during the GRU’s breach.

By then CrowdStrike had already published its technical report on the DNC breach, which laid out a trail leading directly to Moscow and the GRU. Analysts at ThreatConnect independently presented evidence that Guccifer 2.0 and DC Leaks were fictional creations of that agency.

Assange normally did not comment on his sources, but this time he actually denied he got the material from Russians. Instead, he murmured a fake rumour and offered a $20,000 reward for “information leading to conviction for the murder of DNC staffer Seth Rich". The idea was that the press would think that Rich was the source of the DNC leaks and was murdered by the DNC or Hillary Clinton for his trouble.

Assange fanned the flames even higher on August 25, 2016, when he was asked in a television interview, "Why are you so interested in Seth Rich's killer?"

"We're very interested in anything that might be a threat to alleged WikiLeaks sources”, Assange answered. “If there's someone who's potentially connected to our publication, and that person has been murdered in suspicious circumstances, it doesn't necessarily mean that the two are connected. But it is a very serious matter that type of allegation is profoundly serious, as it's taken very seriously by us."

Only when he said that he knew Rich had nothing to do with WikiLeaks. In fact, Rich had been dead four days when Assange received the DNC files. Assange never came out and said it, but his “statements about Rich implied falsely that he had been the source of the stolen DNC emails”, Mueller notes.

Backed by Assange, the Seth Rich hoax moved into the almost-mainstream, spawning a quickly-retracted report on Fox News, and a series of “investigations” by Assange’s chum Sean Hannity.

In the process, it destroyed the lives of Rich’s parents who later begged perpetrators of the charade “to give us peace, and to give law enforcement the time and space to do the investigation they need to solve our son's murder”.

Mueller suspects the transfer occurred on September 19. But the actual transmittal of the massive Podesta haul took place in a channel that Mueller couldn’t crack. The report said it was possible that the files were simply carried into the Ecuadorian Embassy by one of Assange’s visitors.

“Both the GRU and WikiLeaks sought to hide their communications, which has limited the Office's ability to collect all of the communications between them,” the report notes. “The Office cannot rule out that stolen documents were transferred to WikiLeaks through intermediaries who visited during the summer of 2016.”

Ironically WikiLeaks has responded to the Mueller report by adopting the same approach used by Donald (Prince of Orange) Trump. It just tweeted that the Wikileaks had been vindicated when it had not.

Currently, Wikileaks has been trying to spin Assange’s arrest as a bleak time for journalism and a free press. Yet what the Mueller report shows is there was nothing journalistic or even “whistleblowerish” about Assange’s approach to the DMC hack. It was a straight attempt to place Russian propaganda into the hands of the press using a fake news Alt-Right conspiracy theory cover story with the aim of harming the Clinton campaign and helping to get Trump elected.

It is fairly clear that the WikiLeak’s days of giving an avenue for real whistleblowers was long gone and rather than providing the public with information, the outfit was no trying to shape news so it could be manipulated by Assange to achieve his own agenda. Not a hell of a lot of difference from any other evil media baron.

Last modified on 19 April 2019
Rate this item
(1 Vote)
Tagged under
More in this category: « TSMC suffers from worst profit fall in seven years We don't need no regulation »
back to top